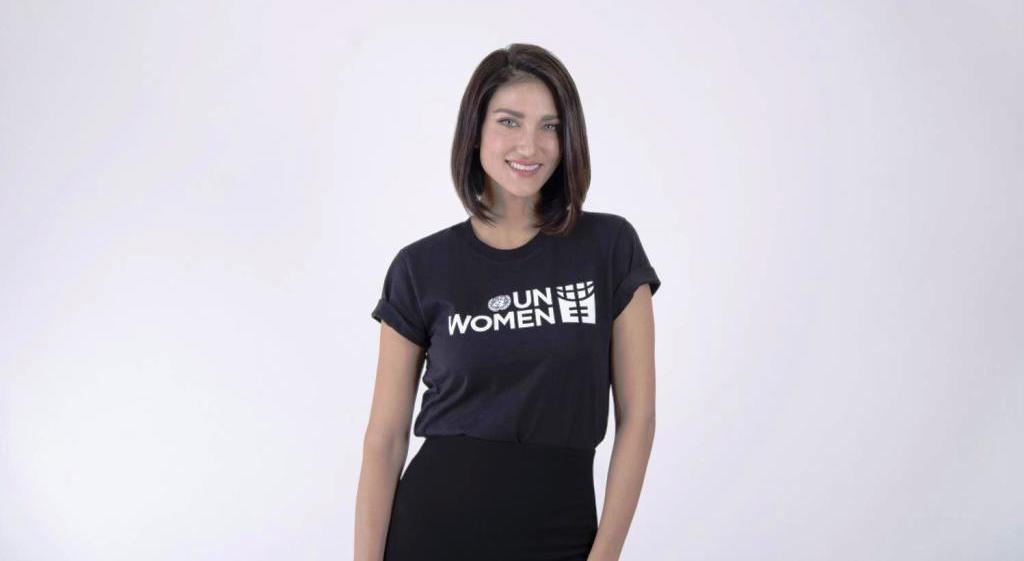 Former Miss Thailand World Cindy Sirinya Bishop has been newly appointed UN Women Regional Goodwill Ambassador for Asia and the Pacific. Cindy is working to stop violence and other abuses against women.

Bishop, 41, is a model and actress who is best known as the host of Asia’s Next Top Model, a television show broadcast in most countries in the region.

During her 2-year appointment, which began in September, Bishop is representing UN Women to promote gender equality and other UN Women priority goals, raise funds and build partnerships. She is promoting public awareness through education, dialogue and cooperation with schools, communities and governments.

“It is truly an honour to become the first UN Women Goodwill Ambassador to Asia and the Pacific,” Bishop said. “My mother instilled in me very early on a strong sense of justice and fierce belief in the resilience and strength of women, and these values continue to guide me today.

I am so deeply grateful for the opportunity to work towards achieving greater gender equality in the region, especially in the areas of eliminating gender-based violence and in providing equal opportunity for girls and women to realize their full potential.”

Bishop is one of Thailand’s leading campaigners on ending violence against women.

In early 2018, she came across a newspaper headline about Thai authorities telling women to not look “sexy” if they want to avoid sexual assault during the Thai new year festival. Having experienced violence herself at the festival, Bishop spoke out in a social media video hashtagged #DontTellMeHowtoDress. #DontTellMeHowtoDress quickly evolved into a movement championing gender equality and has been extensively covered by local and international media.

In July 2018, Bishop collaborated with UN Women to organize the Social Power Exhibition Against Sexual Assault. The exhibition was supported by United Nations agencies; the governments of Thailand, the Philippines and Singapore; the Association of Southeast Asian Nations; embassies; the media; and civil society and youth groups. Bishop worked with civil society organizations in the Philippines and Singapore on #DontTellMeHowToDress.

In November 2018, Bishop received the “Activist of the Year Award” from the office of the Prime Minister of Thailand.

Bishop also is the Knowledge Director of Dragonfly360, a regional platform that advocates for gender equality in Asia. She is writing a series of children’s books on safety, rights and respectful relationships.

“Your strong commitment to ending violence against women, demonstrated through your creation of the #DontTellMeHowtoDress movement and your work with UN Women so far, has shown you to be a compelling and eloquent advocate,” UN Women Regional Director Mohammad Naciri said in inviting Bishop to be UN Women regional goodwill ambassador.

UN Women is the United Nations organization dedicated speeding up progress on gender equality and the empowerment of women worldwide.