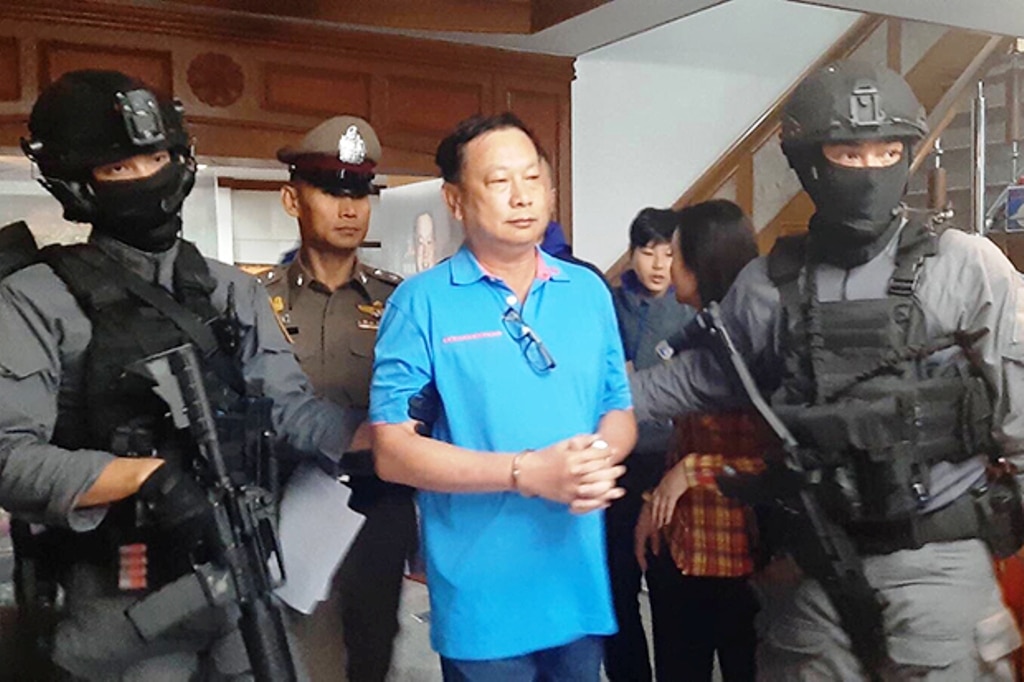 Former commerce minister Banyin Tangpakorn has been sentenced to death for the premeditated murder of construction tycoon Chuwong Sae Tang that he tried to pass off as a car accident six years ago.

The Phra Khanong Criminal Court on Wednesday handed down the maximum penalty for the 56-year-old former Nakhon Sawan MP.

The court said the death sentence was warranted as Banyin, a former senior police officer, had never confessed to the murder, although all evidence showed the victim was slain.

On June 26, 2015 Chuwong, 50, was found dead in the passenger seat of a black Lexus SUV driven by Banyin after the vehicle hit a roadside tree in Suan Luang district of Bangkok. Banyin was only slightly injured. He told police that his close friend died because he did not buckle up his safety belt.

The court said the evidence showed the accident was staged, an attempt to cover-up a murder.

The ruling was delivered to the defendant via video conference. He is serving a life sentence in high-security Bang Kwang Central Prison for conspiring in the murder five years ago of Wirachai Sakuntaprasoet, the brother of a judge handling his case.

He is also serving time over the fraudulent transfer of shares after the death of Chuwong, a construction billionaire.

Banyin continued to clam in court that Chuwong died in a car accident after the two men had been playing golf together. Investigators were not convinced as the car was travelling only about 30kph, damage was minor and an autopsy revealed causes of death unrelated to the crash.

Police tracked Chuwong Sae Tang’s financial affairs and found he had apparently transferred shares worth 38 million baht to an employee at a stock broking firm who was close to Banyin.

Another 228 million baht worth of shares was transferred to a caddie at a golf course. Evidence was the shares were transferred using forged documents, a fraud orchestrated by Banyin.