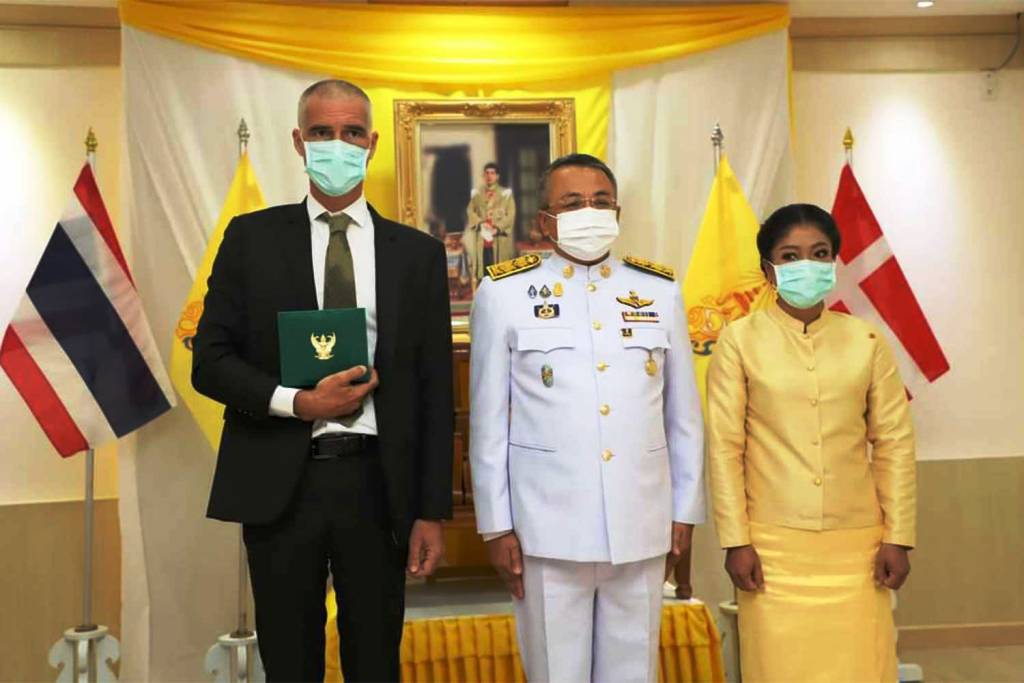 Elik Brown, a Canadian national; and Ivan Karadzic, a Danish national, both diving instructors in Koh Tao, were among 115 foreigners who have been granted the Most Admirable Order of Direkgunabhorn.

Mr Karadzic said he was delighted and overwhelmed that the King recognized the efforts by diving teams to rescue the Wild Boars footballers and their coach from the flooded Tham Luang cave.

They were rescued from the cave from July 8-10.

two years to the day a commemorative ceremony was held at Tham Luang Cave on July 8th, 2020 in Chiang Rai. Above all to pay respects to Lt Commander Saman Gunan. The former Royal Thai Navy diver who lost his life in the course of the rescue of the Wild Boars football team and their coach.

All the rescued footballers and their coach, as well as Mrs Waleeporn Gunan, the widow of the late Mr Saman, also attended the ceremony.

At the ceremony they shared the strategies and experiences of those involved in the rescue mission. There was also discussion on the development of Tham Luang as a learning center. Also a lasting record of the incident, and about the extraordinary cave ecosystem.