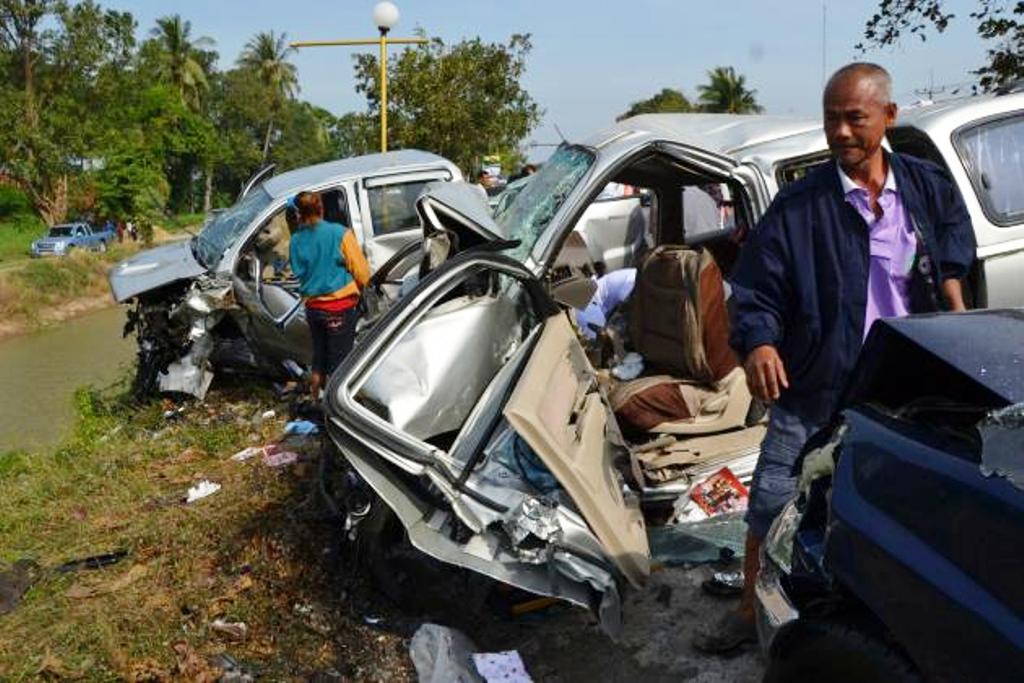 Thailand’s Road Safety Directing Centre the first of the “seven dangerous days” of the New Year period for Thailand’s roads, claimed 43 lives. There were 414 road accidents across the country on that day, with a further 438 people being injured.

Tuesday marked the start of the busy New Year period, with the exodus of many people from Bangkok expected to slow traffic flows.

Motorcycles topped vehicles most commonly seen in accidents, he said, adding that a total of 44,657 arrests had been made nationwide.

Of the 210 traffic offenders to have already appeared in court by Tuesday night, the most common charges were drunk driving, driving under the influence of illicit drugs, reckless driving and driving without a licence.

Pol Gen Damrongsak said traffic checkpoints were already up and running and in many provinces these were also manned by healthcare workers amid the Covid-19 outbreak.

He added that a regulation had also been been introduced banning or limiting lorries from using the roads over the New Year holidays.

More than 80,000 police officers will also be on hand to keep peace and order while directing traffic during the New Year long weekend, said Pol Gen Damrongsak Kittiprapat, deputy chief of the national police.

Although the four-day weekend officially begins on Thursday, holiday travel is expected to get underway on Tuesday.

Pol Gen Damrongsak, who directs the administration centre for road safety and the reduction of accidents during New Year, said the police are not expecting a drop in holiday traffic despite the resurgence of Covid-19 in several provinces.

He said the peak traffic period is predicted to be between Dec 30-31 and again around Jan 3 when people return.

The police will set up mobile rest stops along feeder roads and bypasses.

Officers will also be directing traffic at busy junctions and outside large petrol stations along main roads where motorists break their journeys. Local volunteers will also be on the lookout for people who break the law.

Those manning roadside checkpoints will also perform basic health checks in light of Covid-19 infections in many provinces. Pol Gen Damrongsak said breathalyser tests will be conducted carefully to prevent any transmission. Thailand Imposes a Ban on Gatherings Over Covid-19 Outbreaks