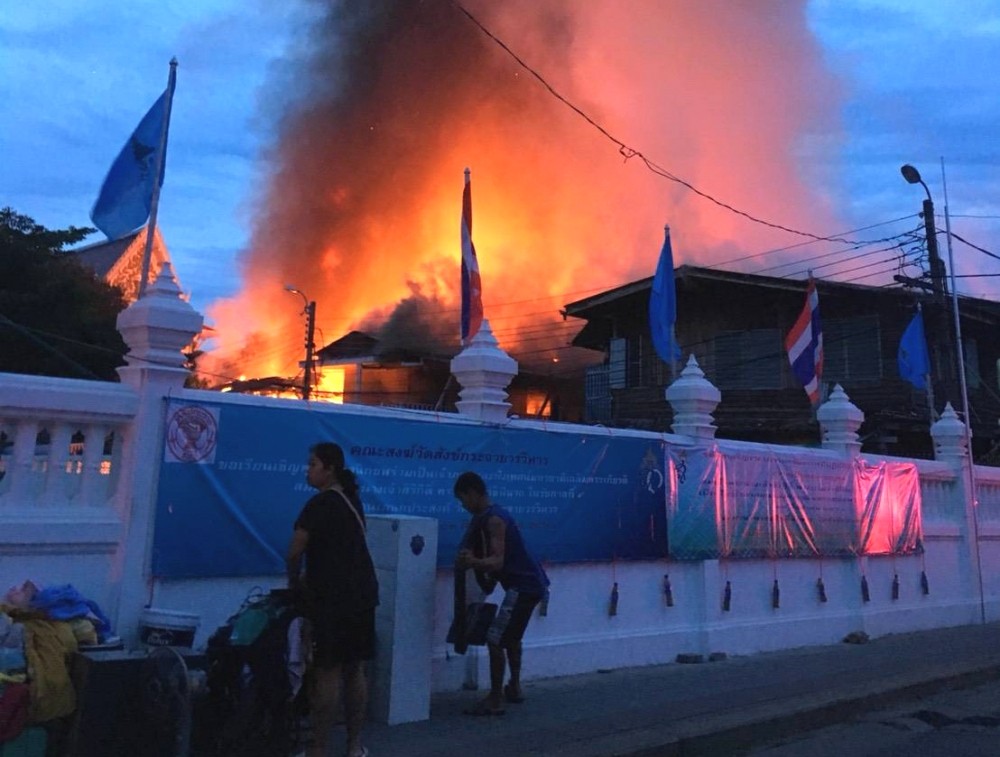 Four people were treated for smoke inhalation after a fire swept through adjoining wooden houses in Bangkok’s Ratchathewi district before dawn on Friday.

Fire-fighters, police and rescue workers responded to calls and found the fire threatening a sizeable portion of the sprawling community.

It took only about 30 minutes for fire-fighters to bring under control. Consequently 12 houses sustained severe fire damage, the Nation reports.

A police spokesperson said a forensics team would examine the house where the fire began to determine the cause.

In August of 2018, 16 houses were burn to the ground in Bangkok’s Bangkok Yai district. The fire that broke out at the Wat Sangkrajai community in Wat Tha Phra sub-district.

Ten fire engines took about half-an-hour to extinguish the blaze.

The community is located behind Wat Sangkrajai and the houses were also mostly made of wood.