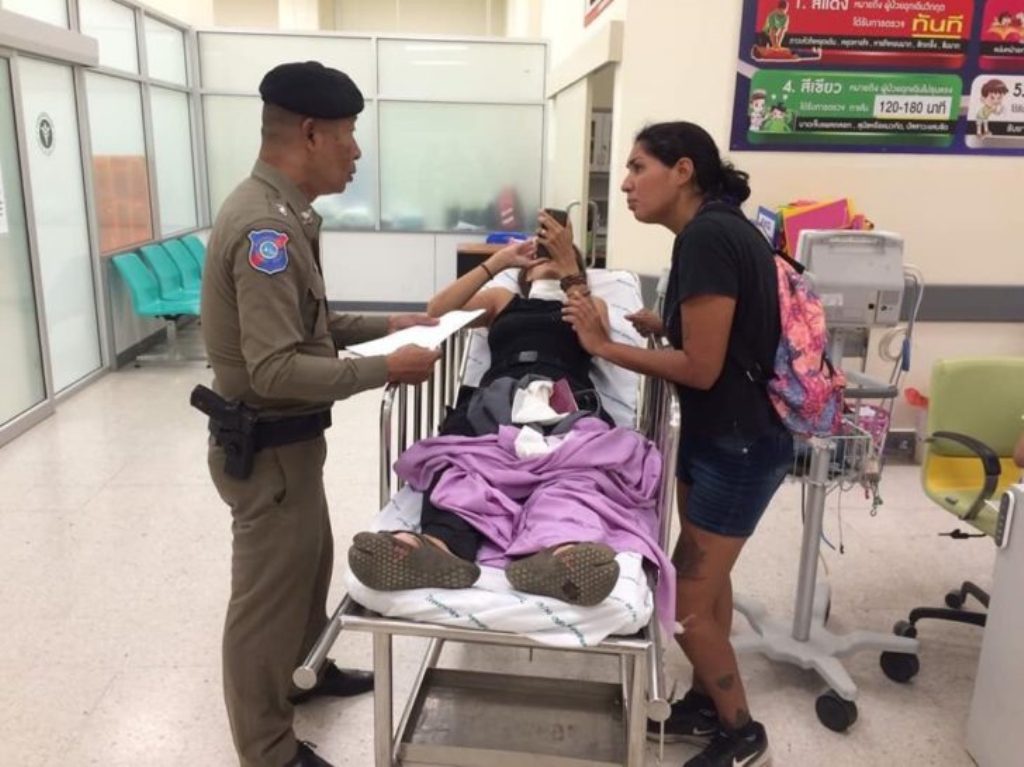 Two European tourists sightseeing on a motorbike were injured after they accidentally ran into a telecom cable hanging at neck-level draped across a road. The accident occurred in front of a petrol station in Kanchanaburi.

Christina Serma Gandia, from Spain, who was driving the motorbike, sustained a deep cut to her neck, while pillion rider Ana Clara Moncada, from Argentina, suffered minor injuries.

The two European women told police they rented a motorbike to enjoy the natural beauty Ko Samrong, Kanchanaburi. Their sightseeing was quickly cut short after hitting the cable draped across the road.

The telecom cable was apparently at the level of their necks. When the ran into it they were both swept off the motor bike and to the ground.

They were taken to Phanon Phonphayuhasena Hospital for treatment of injuries and further examination.

Police were investigating, and also said they would find out which company owns the cable and was legally responsible.