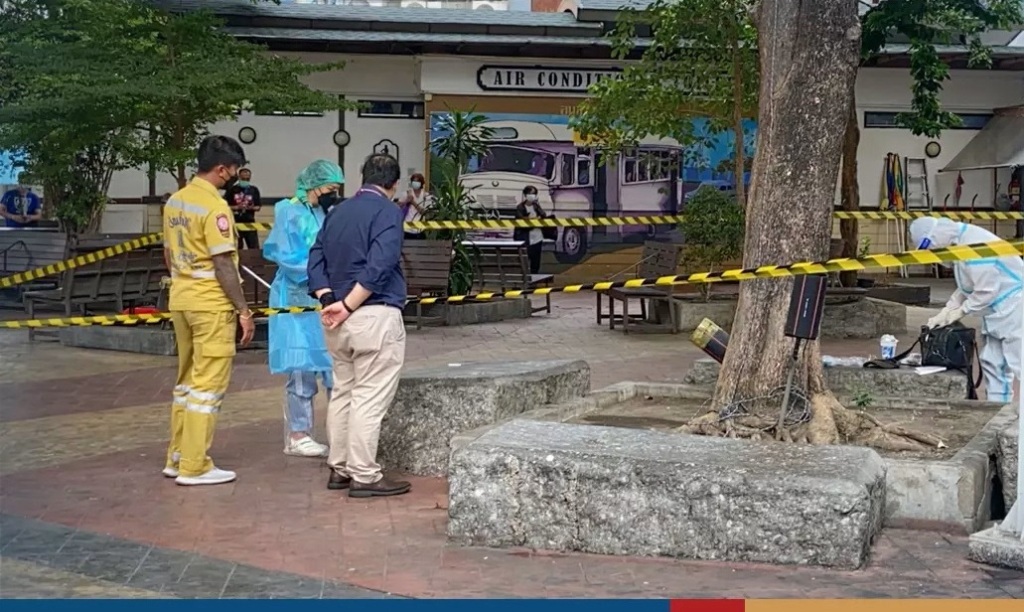 On Saturday morning an 80-year-old man infected with Covid-19 was found dead on the street, making the 4th dead person found on the streets in Bangkok. The elderly mans body was found lying beside the Victory Monument at 7.30am.

Local vendors were the first to spot the mans body before contacting health officials.

Initially, the mans cause of death was unknown until medics from Ramathibodi Hospital, arrived at the scene along with rescue staff and tested the dead man with a Covid-19 rapid-test kit.

Preliminary autopsy showed that there was no injury on the man’s body. Among his belongings were medicines for hypertension and diabetes.

His body was later sent to Ramathibodi Hospital for further examination.

A police officer stationed at the scene told the Nation that the dead person had been beside the Victory Monument since the previous night.

The elderly man is the 4th person to be found dead on the streets of Bangkok within a week. Earlier this week netizens have slammed Bangkok police, claiming that the bodies of 3 men who died separately on the streets of the capital were left uncollected for hours.

The Metropolitan Police Bureau has called for understanding, insisting that the claims on social media are untrue. According to a Bangkok Post report, spokesman Piya Tawichai says 2 of the 3 bodies have tested positive for Covid-19 while the result on the third is pending.

Meanwhile, a nurse in Bangkok died on Friday after reportedly getting infected with Covid-19 in her workplace.

On Sunday, her last post on Facebook page was: “Where’s the miracle?”
Nurses and netizens thanked Praepach for her sacrifice, and sent their condolences to her family.

Some netizens also criticised the Thailand Nursing and Midwifery Council and related institutions for not giving medics better support, saying they should be compensated on par with military and police personnel.

Sources: The Nation, The Thaiger