Elderly German Shoots Himself in The Head at Thai Resort
Advertisement 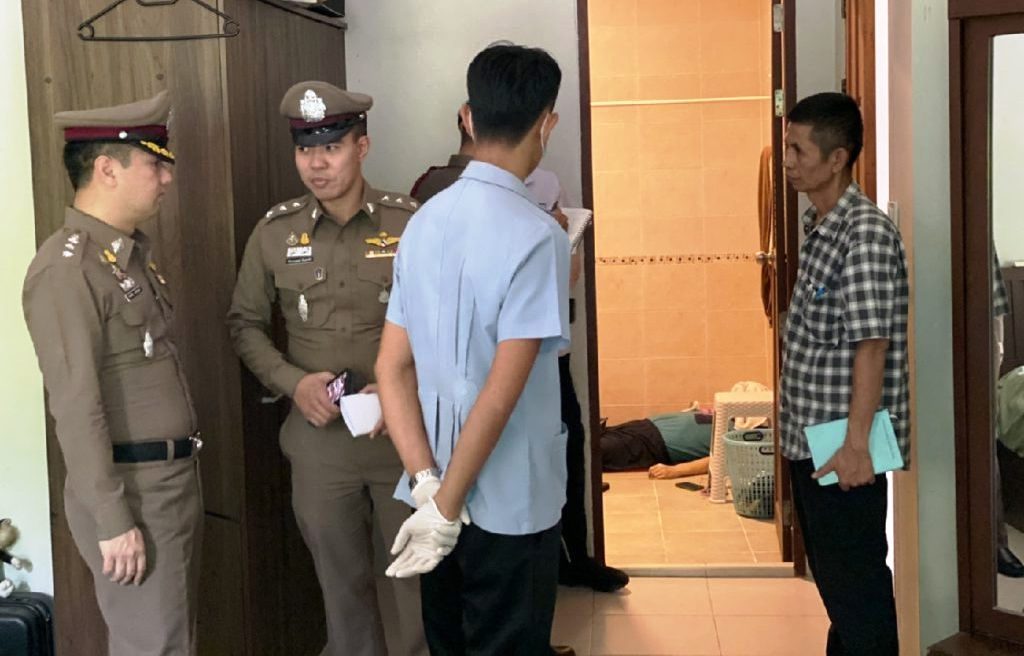 An 75 year-old German pensioner has found dead with a single gunshot wound to the head at a resort in Bang Lamung district of Chon Buri on Saturday. The body of Mr. Martin Hindringer was found inside his resort room lying dead in a pool of blood.

Police, rescue workers and a doctor from Bang Lamung Hospital in the bathroom of his unit in the resort.

A bullet had been fired into the man’s mouth and penetrated his skull. There was a bullet hole in the ceiling. Police found a 9mm automatic pistol near his left hand. A spent bullet casing was also found on the floor.

According to the Bangkok Post, there was a handwritten note in German left on a desk in the room. In the note, he thanked a Thai woman for taking care of him.

Rungthip Rodmuang, 48, a close friend of the man, told police that he had known the German man for 13 years. The man had lived in Pattaya since he retired from work in Germany.

The elderly German had recently sought treatment at a hospital and was diagnosed with tuberculosis. However, he did not show any signs of worry, said Mr Rungthip.

On Saturday morning, Mr Rungthip said he went to his friend’s room to take him to see a doctor. He knocked on the door several times but there was no response.

He then alerted a caretaker of the resort to open the room and found the German dead inside the bathroom.

Meanwhile, three weeks ago a German pensioner was severely injured in a possible shark attack while swimming at a beach in southern Thailand beach. 75 year-old Hans-Peter Malten, was swimming at Nang Thong Beach in the Phang Nga when his leg was bitten.

Mr. Malten said that he and his wife went for a morning walk along the beach on Sunday morning. At about 7:15 a.m., he went for a swim while his wife stayed on the beach.

While swimming about seven meters from the beach, the German felt a big fish swimming nearby and then he was bitten.