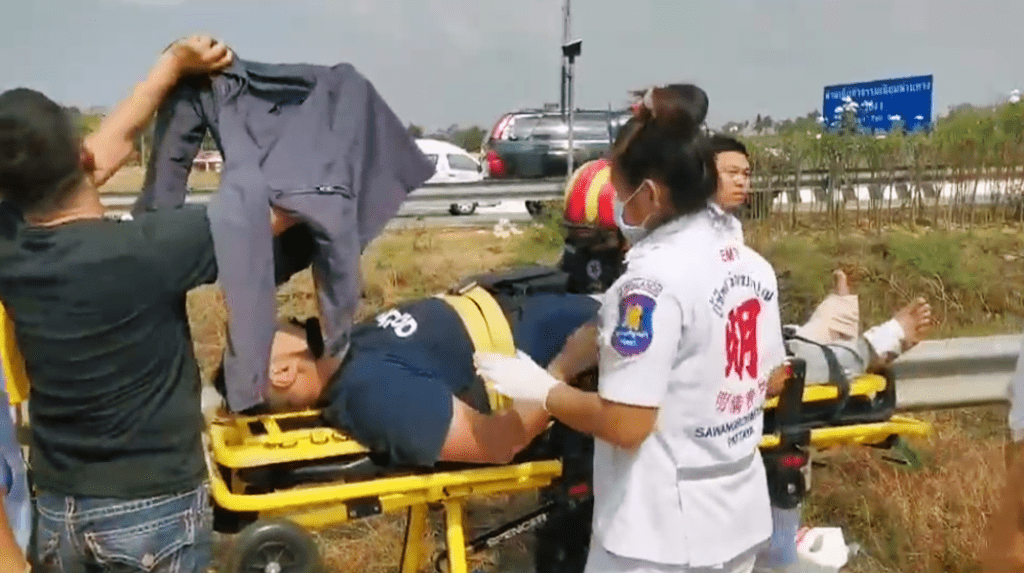 Eight British tourists have been injured, three of them seriously, when the van they were travelling in crashed into the median railing on the Bangkok-Chon Buri motorway in Thailand.

The accident occurred about 10.30am between kilometer markers 118-119 on the Pattaya-bound side of the motorway.

Thanakorn To-iam, 53, the driver said he picked up his passengers at Suvarnabhumi airport and taking them to Pattaya. The van’s left rear tire burst, causing the vehicle to swerve and hit the railing of the road median.

Eight of the tourists were injured, three of them seriously. They were taken to Bangkok Pattaya Hospital after receiving first-aid at the accident scene. Police are investigating.

Meanwhile, a woman was killed and two other people seriously injured in an accident in Pattaya, Thailand. The accident involved a pickup truck and two motorcycle taxis police said.

The accident occurred about 2.30am when the pickup, a Toyota Vigo, veered across the middle line and collided with two oncoming motorcycle taxis.

The driver of the first motorcycle taxi and the female passenger were seriously injured. Both of the drivers legs were broken and twisted.

The driver of the second motorcycle taxi was not hurt, but the female passenger was seriously injured and died later at a hospital.