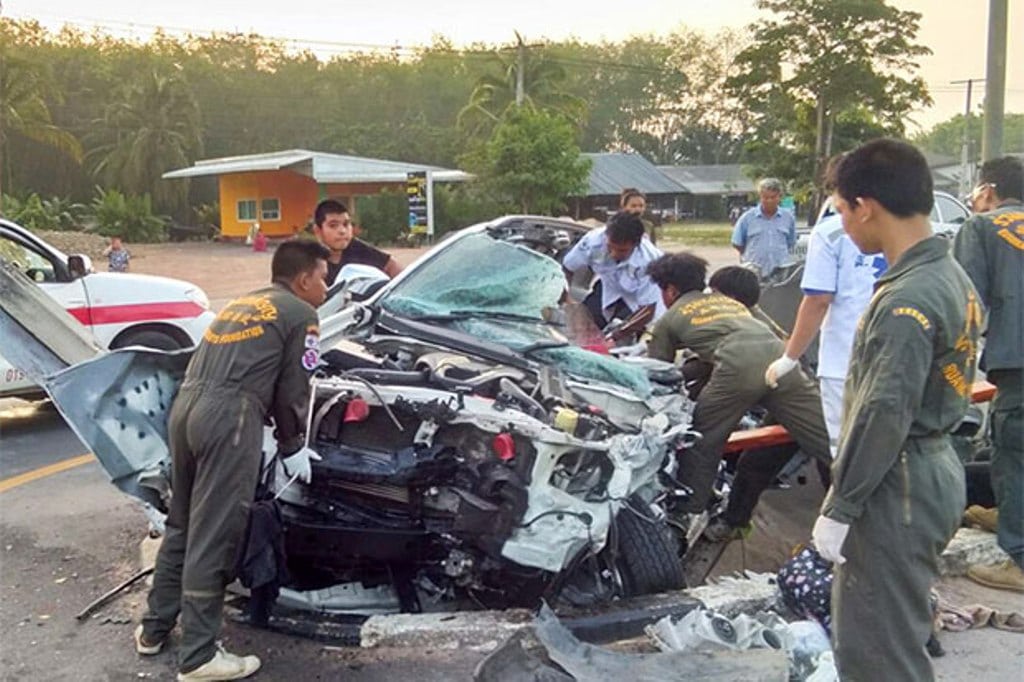 A total of 277 people were killed and 2,357 injured in more than 2,300 road accidents during the Songkran holiday this year, according to official data. Once again Drunk driving was the main cause for accidents and deaths.

The Road Safety Centers figures show accidents and deaths were down nearly 30% from the levels seen in 2019, reflecting reduced travel this year because of concerns about the new wave of Covid-19 infections.


On Friday, the last day of the Songkran Festival when traffic laws were strictly enforced, 26 people died and 255 were injured in 253 accidents.

Over the seven day Songkran holiday, Nakhon Si Thammarat saw the most accidents (106), followed by Chiang Mai (77) and Songkhla (69). Pathum Thani reported the highest number of fatalities at 10, followed by Bangkok (9) and Chiang Mai (9).

Motorcycles were involved in 79.2% of the accidents, followed by pickup trucks (6.9%).

The types of roads where most of the accidents occurred were highways (39.5%), followed by tambon or village roads (36%).

Almost half a million motorists, or 459,644, faced charges ranging from failing to wear helmets, not having driver’s licenses and failing to fasten seat belts. 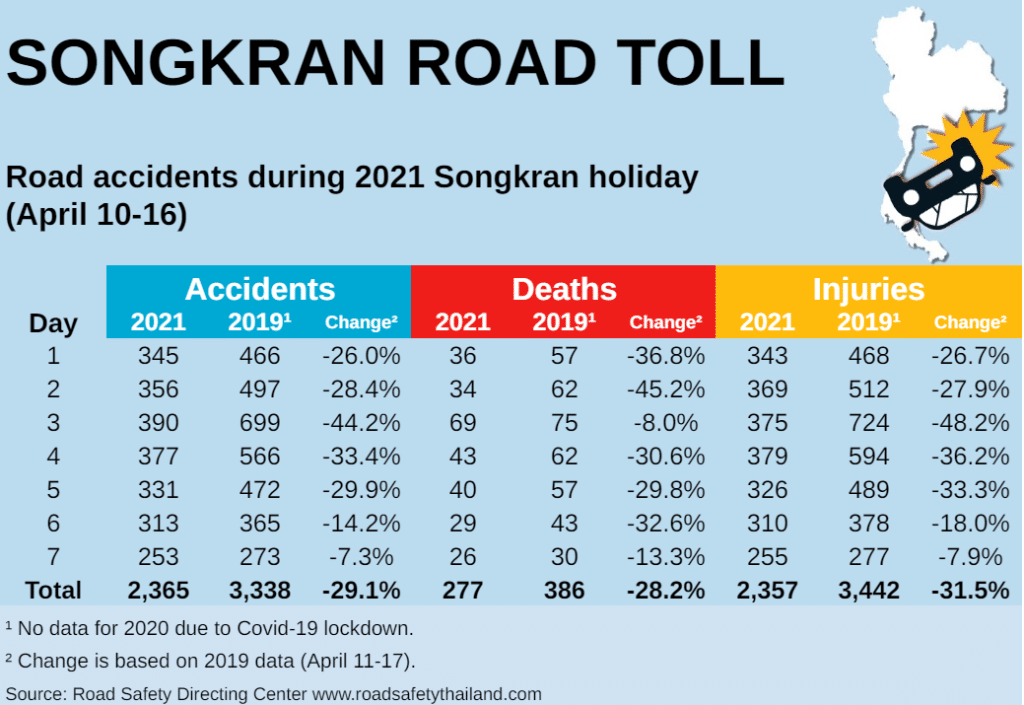