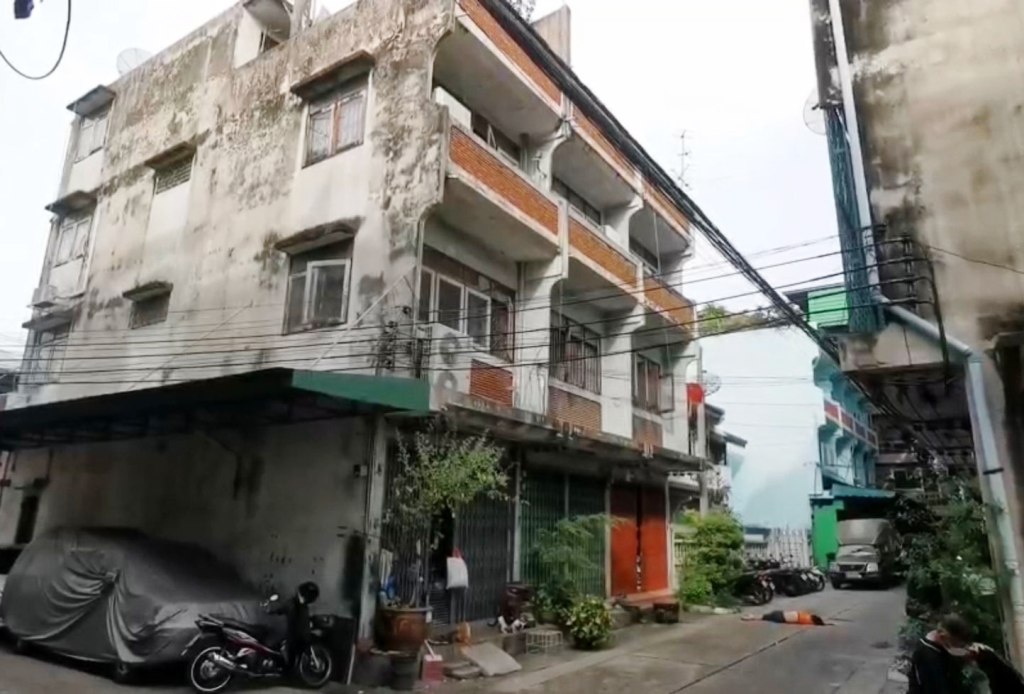 A woman distraught over being covid-19 positive and unable to get a hospital bed has jumped from the second-story balcony of her townhouse in Bangkok. The 51 year-old woman survived the fall but was rushed to hospital due to er injuries from the fall.

Police officers from Bangkok’s Klong San district police station and medics from the Erawan rescue unit were called to Soi Charoen Nakhon 46 in Bangkok’s  Klong San district. Ms Sujittra Sae Heng, was found lying on the road in front of the building, crying and in pain.

She  had a broken left leg and head injuries.

Neighbours said Ms Sujittra had tested positive for Covid-19, so medics donned protective gear before giving her first aid. She was then taken to a nearby hospital.

Phuwisit Phuwasawat, 54, secretary of Wat Suttharam community, said Ms Sujittra was a vendor at the temple’s market, and lived in the building with three other family members.

She took a Covid-19 test at Mitrpracha Hospital on June 30 and it returned positive the following day.  A hospital doctor told her to first self-isolate at home and to call hotline 1669 for an ambulance to take her for coronavirus treatment.

However, she was told she would have to wait for a hospital bed, Mr Phuwisit said. He was in charge of providing food and drinking water for Ms Sujittra and other residents who were quarantined in the community.

He suspected she became frustrated and stressed by the wait for a hospital bed.

On Tuesday morning, while other members of her family were still sleeping, she went on the second floor balcony and jumped from it, police said.

Last Friday, an elderly man fell to his death from a three-storey building where he lived after his bed-ridden daughter was infected with Covid-19 and died.