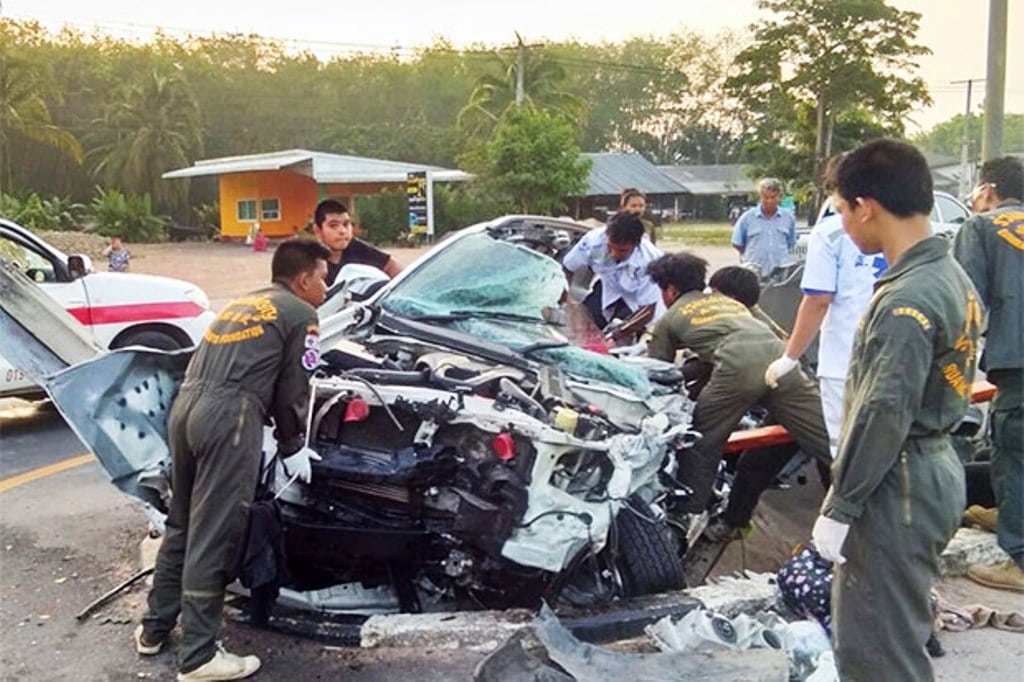 The Road Safety Directing Centre said on Sunday 49 people were killed and 379 injured on Thailand’s roads on Saturday as the 7 day New Year holidays comes close to an end.

So far 316 people have been killed and 2,741 injured in road accidents since the start of the 7 day New Year holiday.

Northeastern Thailand’s Nakhon Ratchasima province led the death toll at 16. While northern Thailand’s Chiang Mai province topped both the number of accidents at 97 and the tally of injured at 99.

Motorcycles dominated in the type of vehicles involved in accidents at 82%. Followed by pickup trucks at almost 6% and cars at 3%. Drunk-driving was still the main cause of the accidents at 35%. Slightly more than driving over the speed limit at 33%.

About one-fourth of the accidents occurred during the four-hour span starting at 4pm. The country ends the New Year celebrations on Monday as revelers based in Bangkok return from other provinces. During the “7 dangerous days” (December 27-January 2), road accidents spike due to the overwhelming number of travellers heading home to spend New Year with their families. During the country’s so-called “7 dangerous days” over the New Year holiday motorists take their lives in their hands.

Authorities say the one-week festive period is marred by an increase in crashes, deaths and injuries as Thais travel to visit friends and family.
Efforts to crack down on the causes of those crashes — drunk driving, corrupt cops and general weak enforcement of traffic laws have so far proved ineffective.
The World Health Organization estimated 22,941 people die each year in traffic-related incidents in Thailand, making its roads the deadliest in Southeast Asia.
That’s an average of 62 deaths every day, according to the WHO’s 2018 report on global road safety — just slightly fewer than the average deaths over the New Year period of 66 per day. The vast majority of those deaths — 73% — are riders of motorcycles, which have exploded in numbers over the past few decades to become the most popular form of transport for most households in the country.
Related Topics:7 dangerous days thailandaccidents in thailandnew yearsroad accidentsroad accidents in thailandroad accidents todayRoad Deaths Thailandroad deaths thailand 2020thailand
Up Next