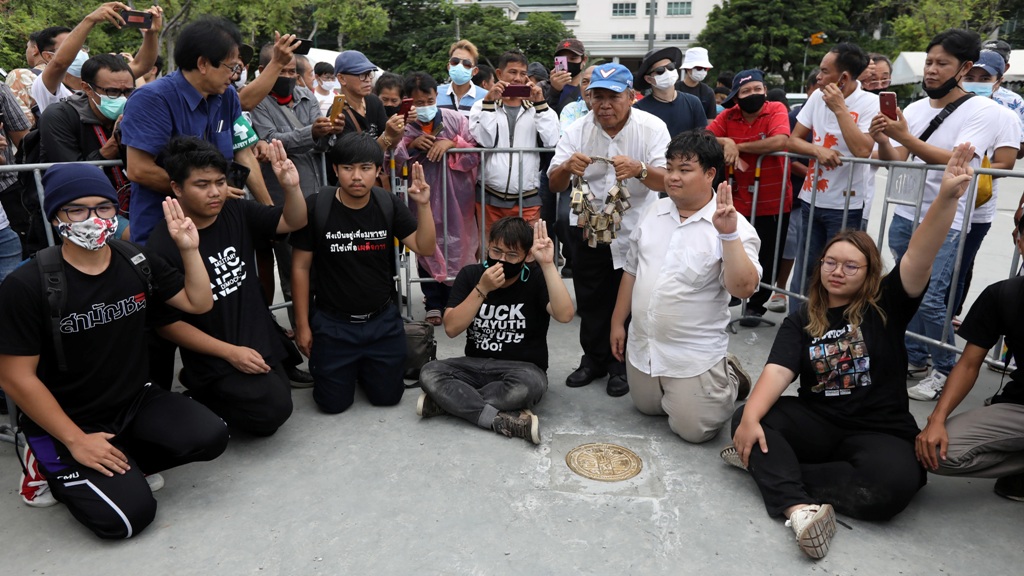 A Criminal Court in Thailand has thrown out detention requests for four anti-government protests leaders who remained in jail after they were behind bars for almost 20 days.

They will be released at midnight on Monday and their lawyer said the criminal court assured they would not be detained in other cases.

Mr Anon faced multiple charges including sedition of which penalty is up to seven years in jail. Somyot was charged for his role in the Sept 19 rally at Thammasat and Sanam Luang.

Mr Ekkachai and Mr Suranart were charged with violating Section 112 for causing harm to Her Majesty the Queen’s liberty related to a royal motorcade incident on Oct 14. Bunkueanun Paothong, the other suspect in the case, had already been allowed bail on Oct 17 as the court viewed he was still a student.

It remained unclear whether police would try to detain any of them further in other cases.

Earlier on Monday, the Pathumwan court also dismissed a police request to detain Panusaya “Rung” Sithijirawattanakul and Parit Parit “Penguin” Chiwarak for their roles during rallies at the skywalk on June 5 and June 22. The protests aimed to demand justice for the disappearance of former activist Wanchalaerm Satsaksit in Cambodia.

Police had charged them with violating the emergency decree.

In the afternoon, the Rayong Court also threw out a police request to detain Panupong “Mike” Jadnok, who on July 15 raised a poster criticizing Gen Prayut Chan-o-cha during the prime minister’s visit. The poster slammed the government’s handling of the Covid-19 situation in the province after some Covid-19-infected Egyptian soldiers had been found to have left the quarantine facility and roamed the town.

Both courts cited as reasons the facts that the three were still at hospital and were not flight risks.

Meanwhile, the Bangkok Post reports police continued to charge other protesters despite recent decisions of courts.

Patsaravalee “Mind” Tanakitvibulpon, another activist, on Monday received a summon issued by Thong Mahamek police, accusing her of sedition for her involvement at a rally at the German embassy on Oct 26.