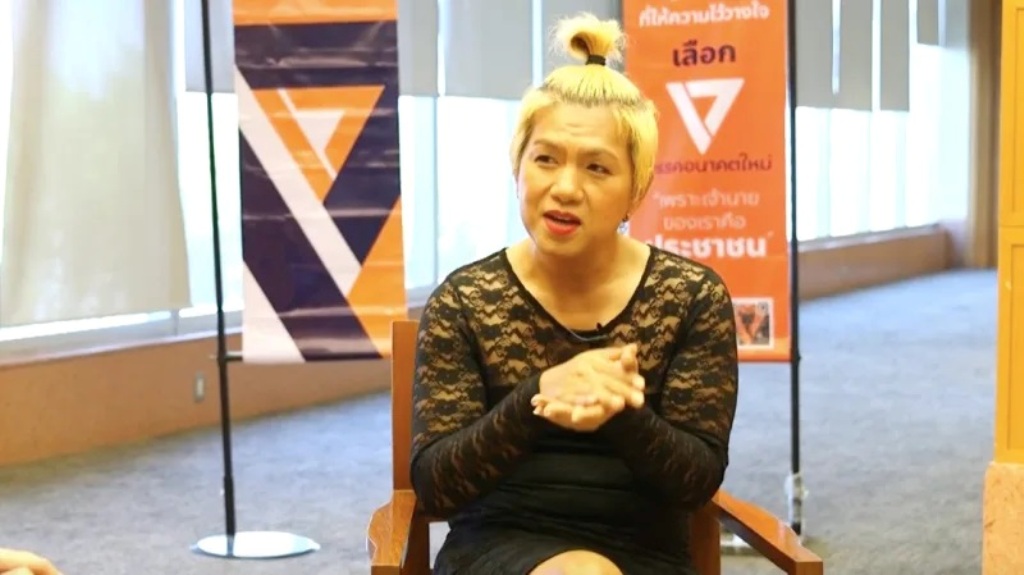 The court on Wednesday found Tanwarin Sukkhapisit — a transgender lawmaker from Move Forward party — guilty of breaking rules that prevent politicians from owning shares in media firms. Furthermore the court also barred her from being a member of the parliament.

The Constitutional Court upheld the status of 29 lawmakers from ruling parties and 28 from opposition parties in Wednesday’s rulings, saying the companies in which they held shares weren’t considered firms that produce news or other media-related content.

The ruling coalition currently has about 65 more seats than the opposition in the Lower House. Ms Tanwarin, a former film director, has worked to push for gender equality and same-sex marriage in Thailand.

In November, her party leader Thanathorn Juangroongruangkit, one of the most vocal critics of the current establishment-backed government, was also disqualified from parliament in a similar case involving media shares. He denied the charges and said the case was politically motivated.

Their party, Future Forward, was disbanded three months later for breaching financing rules. He and other party leaders were banned from politics for 10 years, while transgender Ms Tanwarin and others were forced to move to the new Move Forward group.

The breakup of Future Forward, which won the third largest share of votes in last year’s election, started a wave of anti-government protests that have expanded in recent months. The protesters are now demanding the government’s resignation, a rewriting of the constitution, and greater transparency and accountability for the monarchy.

Thailand´s Constitutional Court has gained an ambivalent notoriety for its repeated dissolution of opposition political parties. Even more the cancellation of general elections in the name of protecting democracy. Thus paving the way for military coups, in 2006 and 2014.

Since the military seized power on 22 May 2014, before declaring martial law and abolishing the constitution, the Constitutional Court has remained in place without much change to its composition. Most of the justices, whose terms were supposed to expire in 2017, saw their tenure extended by order of the junta.

Meanwhile, the Court has continued delivering rulings, albeit with limited activity, issuing, yearly, between one decision (in 2015, when the country was under Martial Law until April) and seven decisions (in 2018).

The creation of a constitutional court is most often seen as a symbol of departure from military dictatorship. But while Thailand’s Constitutional Court was celebrated at first as a sign of a successful story of democratisation, it eventually morphed into an institutional anomaly partly responsible for Thailand’s return to military rule.

During the two decades of its existence, it paved the way for two military coups and staged one “judicial coup” that effectively put the opposition in power. Thailand has been described as a juristocracy thriving on abuses of judicial review.

Since 2014, and the establishment of one of the very few fully-fledged military dictatorships left in the world, the role of the Constitutional Court has been to answer the key needs of any authoritarian regime seeking stabilization—building legitimation, ensuring cooptation and organising repression—through constitutional means.

To learn more about the Constitutional Court click here