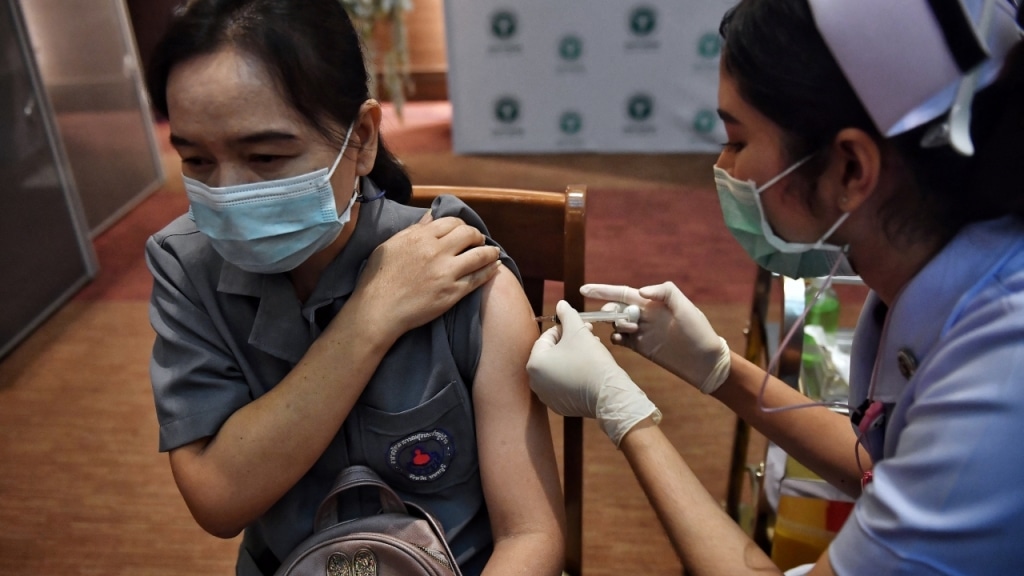 As various countries start to see positive results from covid-19 vaccination, Thais are growing angry over the governments vaccination program with Sinovac and AstraZeneca. The anger comes as a surge of new covid-19 infections hit the Kingdom.

The fresh outbreak in Thailand has been complicated by the spread of the UK variant, which British scientists say is 70% more transmissible than existing variants and a lot deadlier.

Presently the Thai government has only procured only two types of vaccines for Thailand, which has not created public confidence as there is growing concern about the Sinovac vaccine effectiveness.

This week in a rare admission China’s country’s top disease control official director of the China Centers for Disease Control, Gao Fu told a press conference the effectiveness of Sinovac is low.

Beijing has yet to approve any foreign vaccines for use in China, where the coronavirus emerged in late 2019.

The first lot of 200,000 doses produced by the company in China arrived in Thailand on Feb 24 and the second lot of 800,000 doses on March 22. The three lots are part of the government’s urgent plan to buy two million doses to inoculate people in the country.


More vaccines for Thailand and varied distribution channels, especially through private companies, are vital as they could provide an option for people who are able to pay for them.

The Federation of Thai Industries (FTI) has blamed the government for its slow progress in the covid-19 vaccination program and has demanded a fast track for the private sector to help with the rollout.

“We have to admit the government is too slow in distributing vaccines,” said FTI chairman Supant Mongkolsuthree.

The government has administered only around 300,000 doses of vaccine, which is low when considering the population is over 66 million, he said.

Prime Minister Prayut Chan-o-cha on Friday explained the country’s disease control measures and vaccine progress on his PM Podcast program, saying a meeting between the government and private hospitals agreed to set up a public-private joint committee to buy about 10 million doses or more.

With Covid-19 vaccines bought by the private sector, around 40 million people or 60-70% of the population will be vaccinated to create herd immunity, the premier said.

Regarding domestic production of Oxfords AstraZeneca vaccine manufacturing by Siam Bioscience, Gen Prayut said progress was satisfactory. The vaccine had been sent to labs in the UK and US for quality inspection. The results would be announced soon, the PM said.

Gen Prayut also encouraged people who wished to register for vaccination to do so via the Line account “Mor Phrom” starting in May. The account could also issue digital vaccine certificates to them for reference, he said.

Thailand’s Immigration Looks to Revamp of Visa Rules for Expats