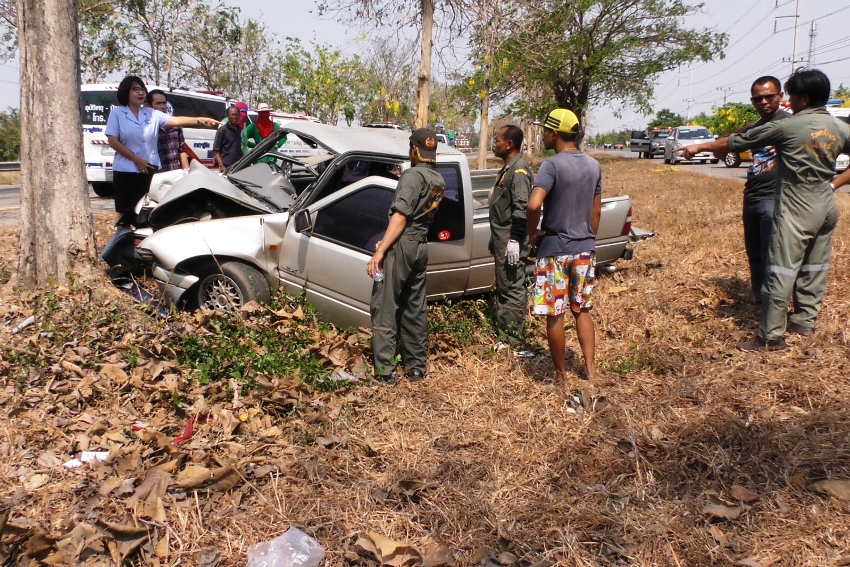 Two people have been killed and another injured when their pickup ran off Highway and hit a tree in central Thailand on Monday. The accident happened near kilometer marker 150 in tambon Phraek Si Racha of Chai Nat Province.

Police said the elderly couple had a popular noodle shop in Sankhaburi district of Chai Nat. According police they were taking Mr Boonchuay to pick up some medicine at Chainat Naren Hospital in Chai Nat town. The accident happened on the way back to Sangkhaburi district.

Furthermore according to the Bangkok Post police said they suspected that Mr. Wichian fell asleep while driving the pickup.

Meanwhile, at least 30 people were injured as two trains collided head-on at Pak Tho station in Ratchaburi in Central Thailand on Monday. Authorities reported the crash between an express train bound for Sungai Kolok and a freight train from Hat Yai to Bang Sue.