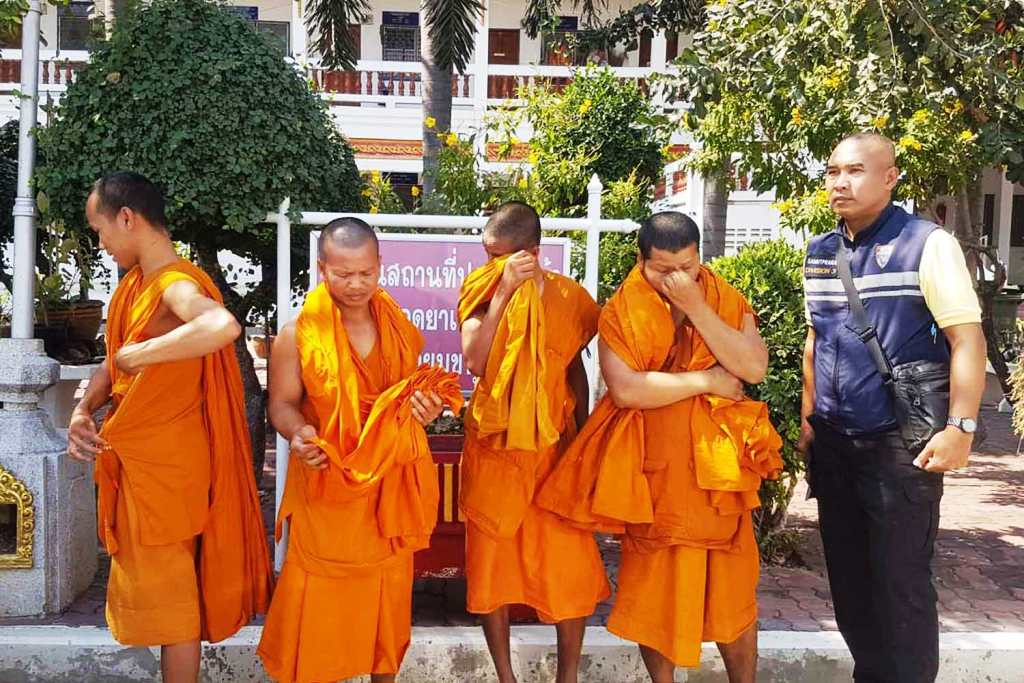 Immigration Police have detained six Cambodian monks for entering Thailand illegally to collect alms. Their detention comes after public complaints they collect alms and money and sent it back to Cambodia.

The monks were detained in a wooded area they were staying at on Bang Na-Trat Road near Suvarnabhumi airport. Pol Col Parinya Klinkaysorn, acting chief of Samut Prakan Immigration Police Office said they admitted to having illegally entered the country.

Officers took them to Wat Bang Chalong Nok in tambon Bang Chalong. They they would defrocked before being charged with illegal entry. After which they will be deported, the Bangkok Post reports.

The operation stemmed from public complaints that the monks were staying at a makeshift hut in the woods rather than in a temple. And because they had sent back money offered to them as alms to their families in Cambodia.

Giving Alms to Monks in Thailand

Monks go out for alms at dawn around 5am or 6am usually around the streets by a Thai monastery. They walk in a straight line, one behind the other with the most senior monk ahead, and always barefoot. With their bare feet connected to the ground it is the Buddhist way of keeping close to nature and earth.

Since wearing shoes disconnects the monks from our impact on nature.

The Buddhist ritual is to place fresh food or money into the alms bowls that monks carry with them. Since rice is a staple in Thai culture, families cook it fresh from home. Some people giving alms choose to give money which goes to help housing the monks a local temples.