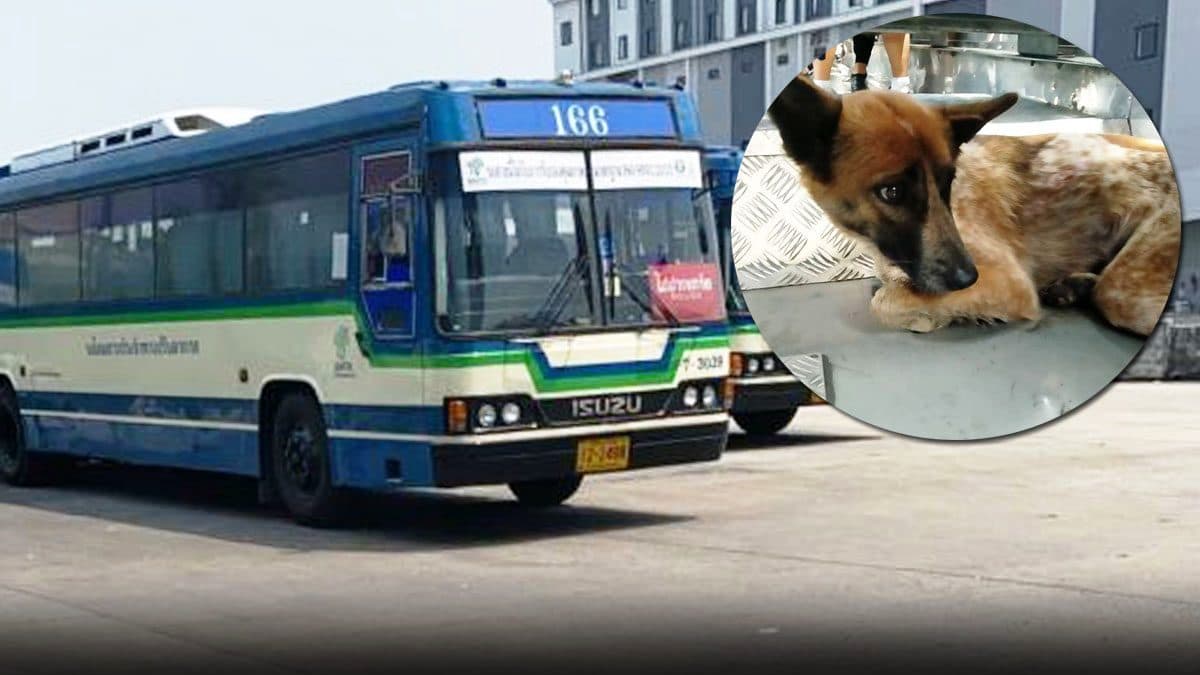 The dog was exhausted with its tongue hanging out while walking in the middle of the outbound lane of Si Rat expressway around 11.30am on Tuesday, when it was close to 40C.

JS 100 traffic radio station received phone calls from road users to alert other people about the dog on the expressway.

At around noon, the expressway’s traffic control centre said close-circuit televisions showed an air-conditioned bus had pick up the exhausted animal. The drivers actions prevented motorists from hitting the poor animal. 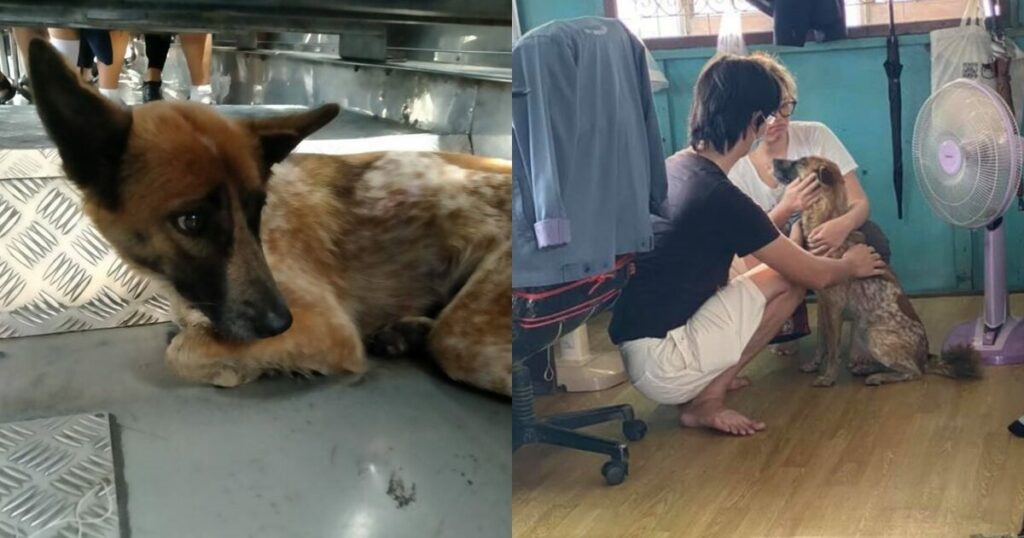 Bus conductor Noknoi Seedam told JS100 traffic radio that the bus just entered the expressway at Victory Monument tollgate when a conductor of another bus phoned bus driver Mr Tuen Prathumthong to warn him about the Dog and asked him be cautious or he might hit it.

“When our bus arrived at the spot where the dog was spotted, I noticed many vehicles were slowing down. I thought it was the dog we were told about,” said Ms Noknoi the conductor.

The bus driver Mr Tuen then sought permission from his passengers to pick up the dog. There were about 10 passengers at the time. All smiled and did not complain.

“When we opened the bus doors and called out to him to get on, he didn’t hesitate. The exhausted dog then lay down under a bus seat. The dog didn’t let anybody touch it. When we arrived at the Muang Thong Thani depot, he got off and took a rest under the bus. We brought food and water for him,’’ said Ms Noknoi.

Many people who saw the incident phoned JS100 traffic radio station to praise the bus driver and the conductor for helping the poor animal.