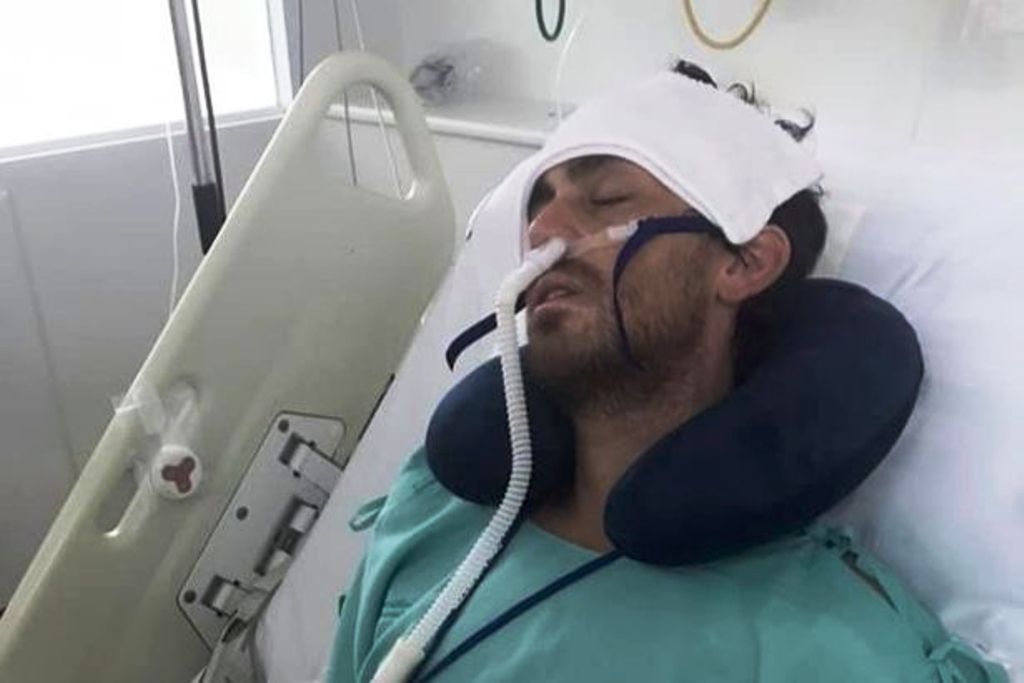 A 32 year-old British man is fighting for his life in hospital in Phuket, Thailand after contracting a deadly flu virus. Ashley Shorley was flown by special seaplane from Phuket island to Bangkok.

Ashley was taken by a specialized seaplane because the high altitude was too much for his lungs.

The 32-year-old’s parents Chris and Julie have flown from the UK to be by his bedside, while he relies on a ventilator to breath. Phuket doctors reportedly drained 2kg of liquid from Ashley’s lungs.

His dad Chris said his son was “two days from death”, adding: “If he wasn’t so fit, he wouldn’t have made it.

“We are now waiting on tests. It is very serious.”

His parents, flew to Thailand after their son was rushed to hospital on December 27th.

And a GoFundMe page has been launched by family friend Tracey Hart in a hopeful bid to keep them at Ashley’s side as he continues his fight, reports the Mirror .

Ashley had sold his house and jetted off after a long-term relationship broke down last month. Rather than move back in with his parents, he decided on an extended holiday.

But just one week into his travels, he contracted the deadly virus and his condition deteriorated rapidly.

His mom Julie said: “We were at our holiday home in Spain for Christmas when Ashley told us he was feeling poorly in Koh Phi Phi. But at the time we didn’t think it was anything too serious.

He was eventually rushed to a hospital in Phuket by boat on January 2 where he ended up in intensive care.

He had pneumonia and two collapsed lungs

They sent him by air ambulance to the intensive care unit at another hospital in Bangkok on the 6th.

The desperate mum said her son is in a stable condition and has been for two weeks, but his condition has not improved. With the ventilator keeping him alive, his fluctuating temperatures fight off infection in his lungs

And while Ashley’s travel insurance is covering the medical bills for his ongoing treatment, his parents are running out of money to pay for their living costs while they stay with him.

Ashley works in publishing for his dad, who flew out on January 7 to join his wife and son. His two parents have had no indication yet if or when he may recover.

Mom Julie said: “He’s had different operations, but the virus in his lungs isn’t going away.

“He’s heavily sedated on a breathing tube with abscesses on his lung and a leak in one of them. Furthermore he isn’t well enough to be moved, and can’t be flown back to the UK.

She went on to say that the family cats and dogs are in Spain in boarding “with costs mounting up.” Now we have the unexpected accommodation costs to pay for – we could be here for months”.

“I didn’t want to ask anyone for help but I’m so grateful to my friend Tracey for trying to help us.

“This is a mother’s worst nightmare,” she added.