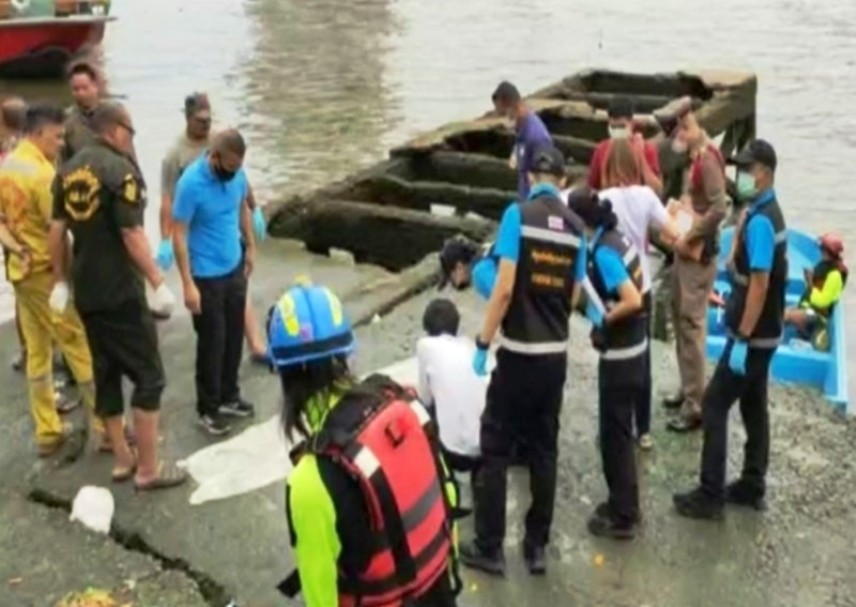 Bangkok police have reported the body of an Asian woman wrapped in plastic was found floating in the Chao Phraya River on Tuesday. Medics said she had severe injuries and had been dead for at least 72 hours.

Police from Pak Khlong San station, Siriraj Hospital medics and rescue volunteers responded to a call that human remains had been found near Tha Din Daeng pier in Bangkok.

The victim was aged between 20 and 40 years old. The corpse was found inside a plastic bag, which had been wrapped with another green plastic bag. Judging from the decomposed state of the body investigators believed she had been dead for at least 72 hours.

No clothing and no identification were found on the body. On her left wrist was a bracelet adorned with something that looked like a diamond. Medics also found evidence of a severe injury to the right side of her waist.

Sahaphop Kruekrat, 61, told Asia One he called the police after spotting a bag with human legs sticking out.

Siriraj Hospital is performing an autopsy to identify the victim. Pak Khlong San police station said anyone who suspected the victim might be his or her relative could contact the police on (02) 438 1034.

Man Jumps to his death into Chao Phraya River

On August 27th, Police Station in Bangkok were informed about a body found in Chao Phraya River near Krung Thep Bridge. Marine police said the body was a Thai male was about 165 centimeters tall. He was wearing white and blue shirt, black shorts and a black face mask. An ID card found in the deceased’s pocket identified him as Narong (last name withheld), aged 65. A local of Thung Kharu district in Bangkok.

Police speculated that Narong could have been the man who had been sighted standing on Krung Thep Bridge on August 26. Pedestrians promptly contacted rescue staff.

When rescue staff reached the spot, they said the man had already disappeared.