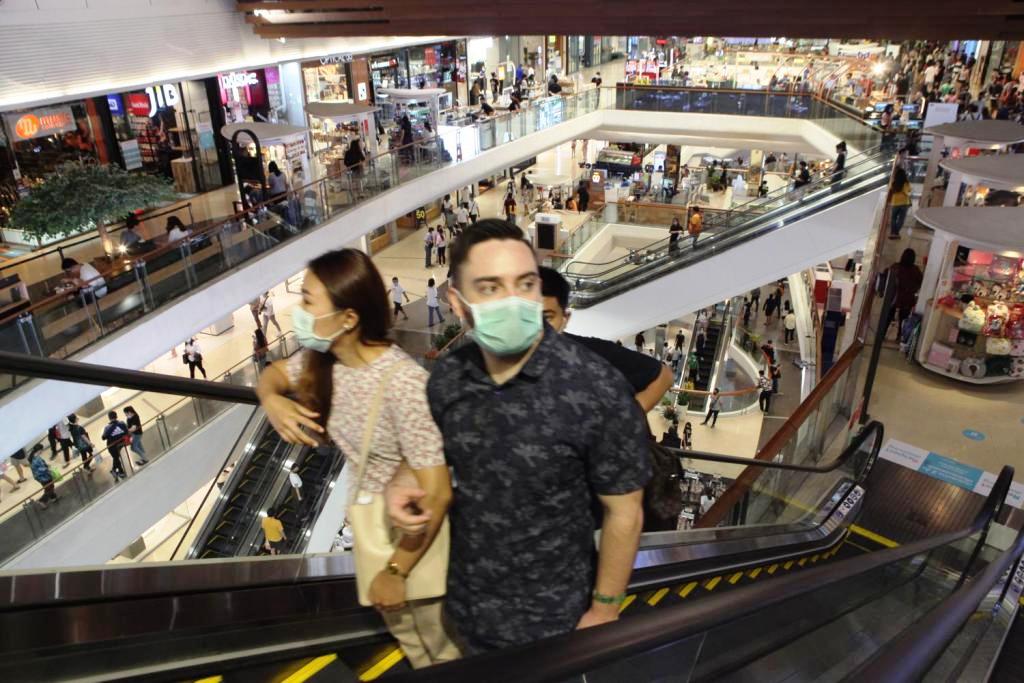 Bangkok Health officials are warning people to be on their guard against Covid-19 in shopping areas due to clusters of covid-19 infected people in neighbouring communities.

Concerns are rising about some of the 52 Covid-19 clusters in the capital that have emerged near shopping centres frequented by thousands of people daily, said Apisamai Srirangson, spokeswoman for the Centre for Covid-19 Situation Administration (CCSA)

One such example was the outbreak in the Saphan Hua Chang community on Phetchaburi Soi 18 in Ratchathewi district.

Mass testing at the nearby Siam Square shopping area on May 29 found infections in 54 out of 734 people, for a relatively high positive rate of 7.35%, Dr Apisamai said.

The unregistered Saphan Hua Chang community contains a lot of commercial buildings that have been renovated to create rental rooms occupied mainly by migrant workers.

“As a result, the Bangkok Metropolitan Administration is conducting surveillance measures at shopping centres in the Ratchaprasong and Pratunam areas,” Dr Apisamai said.

The CCSA had faced criticism earlier for informing the public about a cluster linked to a shopping area in the Lat Phrao area without specifying which one. It later issued a clarification but public concerns persist.

Ratchathewi and Bang Kapi are among 24 Bangkok districts that have been under maximum surveillance for Covid transmission. The Saphan Hua Chang community is among four clusters in Ratchathewi while another four clusters have been identified in Bang Kapi.

Bangkok reported 824 new Covid cases over the past 24 hours, the highest among all provinces in the national total of 2,631.

Dr Apisamai said the 52 active clusters in Bangkok included two new clusters found over the past 24 hours — a workers’ camp in the compound of the Police Education Bureau in Chatuchak district and the Hua Pa community in Suan Luang district.

Electronics Factory in Central Thailand a Hotbed for Covid-19 Infections