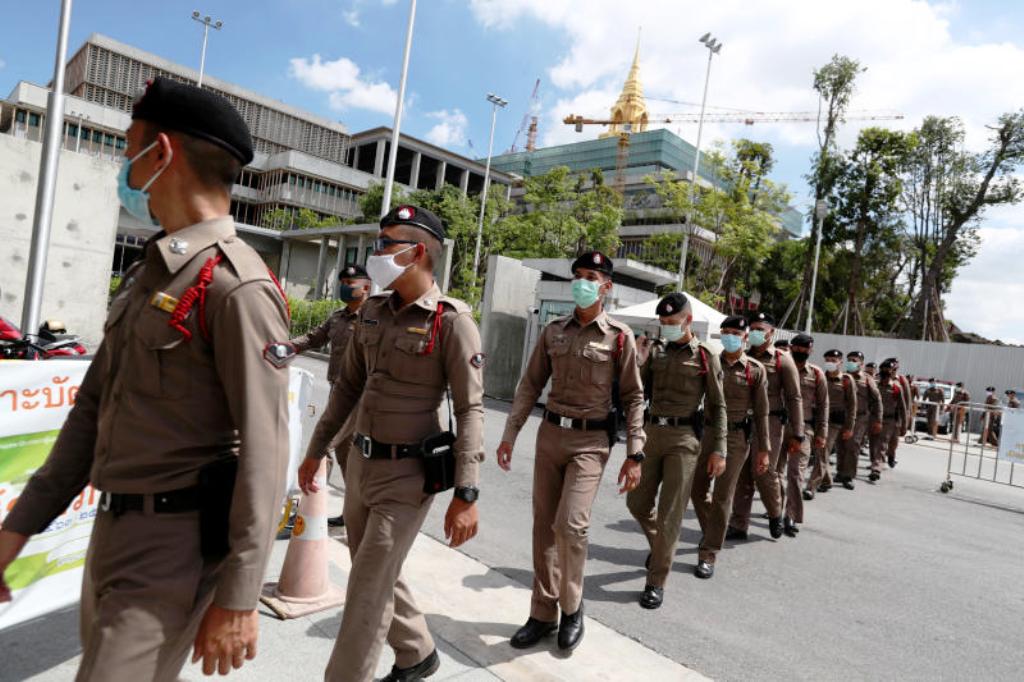 Bangkok deputy police commissioner has reported more than 2,000 police officers will be drafted in to maintain order during the student anti-government demonstration planned for Saturday. The student protesters have been warned not to break the law, or face legal action.

Pol Maj Gen Somprasong Yenthuam told the Bangkok Post Tuesday that police are fully prepared to provide safety and direct traffic during the Saturday rally. The rally will be at Thammasat University’s Tha Prachan campus in Bangkok. The university has also denied protesters permission to use its grounds for the rally.

The deputy commissioner also warned the protesters to gather peacefully. They have been told to stay in line with the law otherwise police will take action.

Commenting on the protesters’ plan to rally at the adjacent Sanam Luang if they cannot enter the university, Pol Maj Gen Somprasong said space is registered as a historic site and such a move could violate the law.

It will be also be illegal for the protesters to storm Government House, Pol Maj Gen Somprasong said. Adding that the government and police were not threatening people.

According to the public assembly law, they must be at least 50 meters away from the premises. Which means they would be allowed to reach as far as Makawan Rangsan Bridge.

Gen Prayut said on Tuesday the government will do its best to provide protection for protesters. Also adding that police have been instructed to avoid clashing with them. He also urged all involved to keep an eye out for “third parties” who could step in and instigate violence during the rally.

Deputy Prime Minister Prawit Wongsuwon said on Tuesday that the government is prepared to handle an influx of protesters from other provinces travelling to the capital to join the demonstration.

Gen Prawit said intelligence agencies had told him how many protesters would come and also from which provinces.

“You can be sure we can handle the situation,” he said.

Commenting on a report that suggested protesters will be allowed to use Sanam Luang, Gen Prawit said everything must fall under the framework of the law.

In order to do so, student protesters are required to lawfully obtain official permission, he said.