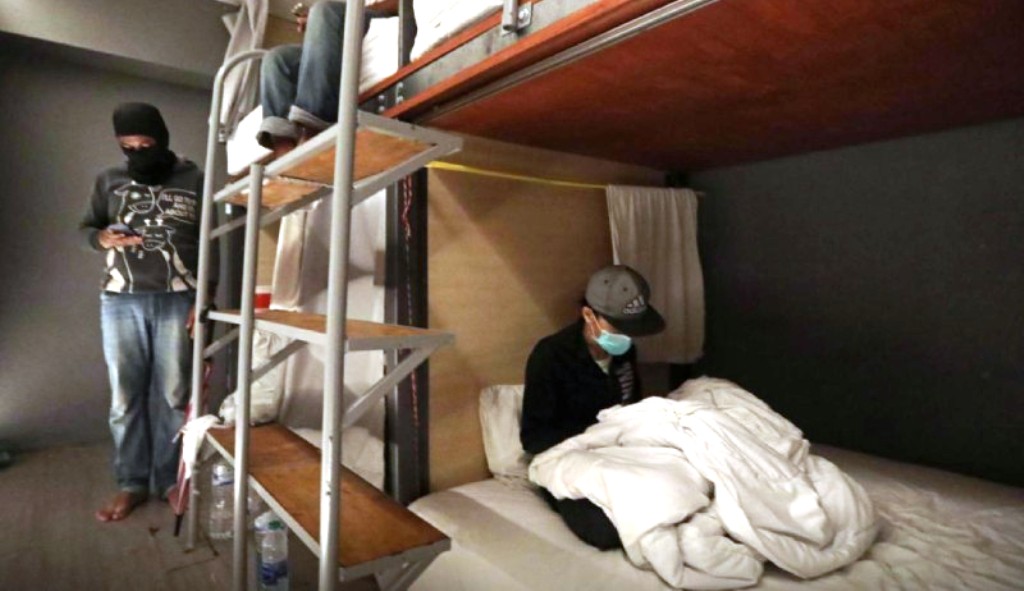 As thousands of Thai protesters try to keep up anti-government rallies, dozens of Bangkok hostels have thrown open their doors to give weary demonstrators a refuge, many for free.

With anti-government protesters at times facing water cannon and playing cat and mouse with police in sweltering conditions until late into the evenings, many have been sleeping on the street.

“I felt bad for those who didn’t have places to stay,” said a 23-year-old medical student, who declined to give her name due to concerns about being targeted by authorities. She has been offering free rooms online to protesters, she said.

A Twitter account, Mobmeeteenon (“protesters have places to sleep”), is helping to link up protesters to rooms after the government brought in an emergency decree this month and cracked down on people camping outside government houses.

Another 25-year-old volunteer, who has also helped organize places to stay, said around 500 people had been hosted since the effort to provide rooms started. Besides a bed, anti-government protesters are given three meals per day and transportation to and from the protests.

There is plenty of space in hotels and hostels in usually bustling Bangkok. Which is virtually empty of foreign tourists since authorities shut Thailand’s borders to most commercial flights in April to contain the coronavirus.

One protester from Chonburi province east of Bangkok was surprised to be offered a bed when he thought he would be sleeping on the street after a recent rally.

“There are four people sleeping in this room. This is my spot,” said the 27-year-old, speaking from a hostel in central Bangkok.

The government tried to defuse tensions on Thursday, rolling back an emergency decree that had included bans on political gatherings of five or more people and on publishing news that could affect security Asia One reports.

Anti-government protesters in Thailand have given the prime minister three days to release detained activists and step down, or face a new round of demonstrations.

At the climax of a massive demonstration on a day that saw competing rallies, representatives of the pro-democracy movement submitted a mock resignation letter to the prime minister through Pratheep Keerathirekha, a deputy secretary-general of the prime minister, with Pol Lt Gen Pakkapong Pongpetra, commissioner of the Metropolitan Police Bureau, as one of the witnesses.

They then announced the end of the rally.