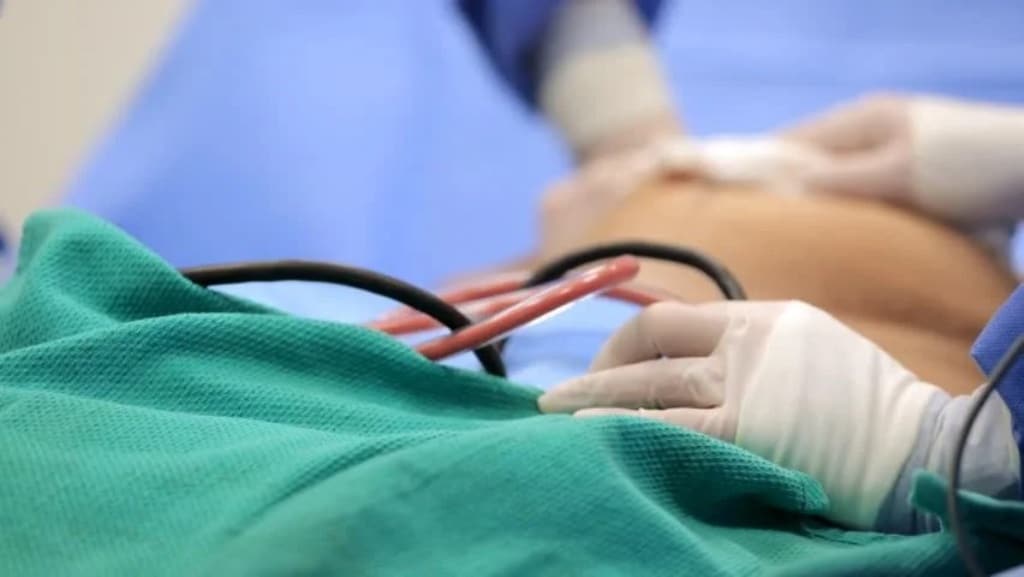 Six people including a doctor are to be questioned by police after a woman allegedly died during a liposuction procedure at their clinic in Bangkok on Saturday. Bangkok police have summoned a doctor, assistant doctor and four staff at the clinic which performed the cosmetic procedure on Saranpat Kanchanasuwan, 54, at the Bangkok clinic for questioning.

Saranpat died at the clinic after she went in for liposuction, according to her daughter Aiyamin Itthiranant, 30. Pol Col Wichai Narong said Ms Saranpat’s family members will be invited later to give statements.

Forensic experts who performed an autopsy at Police General Hospital determined Ms Saranpat had died from heart and respiratory failure.

Ms Aiyamin said she has filed a formal complaint with Bangkok police against the doctor and clinic staff involved in the liposuction procedure.

She said her mother had wanted to remove fat around her back and had consulted doctors at private hospitals and other clinics which specialize in cosmetic surgery. Saranpat settled on the Ramkhamhaeng clinic after being convinced by its “satisfaction guaranteed” pledge.

Her mother booked an appointment to have the procedure on Saturday. Saranpat told her daughter to pick her up at 2pm after the surgery was over.

Ms Aiyamin said that around 1pm, the clinic contacted her younger brother to say there had been complications during the surgery. Her brother urged the clinic to take the mother to the nearest hospital.

However, it was reported the cosmetic surgery clinic staff refused, fearing they might be incriminated. Ms Aiyamin said by the time she arrived at the clinic, her mother’s body was already cold and stiff.

She insisted the clinic might have saved her mother if it had sent her to hospital in time. There are at least two large hospitals close to the clinic. She added that the cosmetic surgery clinic occupies a commercial building and the medical equipment used appeared to be of substandard quality.

Ms Aiyamin said she suspected her mother, who was otherwise fit and healthy, might have experienced an overdose of anesthetic.

Meanwhile, the clinic remains open although faces a charge of operating outside of its legal hours, according to the Department of Health Service Support (DHSS).

Dr Thares Krussanairawiwong, the DHSS director-general, inspected the clinic on Monday and said it had a license to open from 5pm-8pm but had allegedly operated on Saranpat before it was legally allowed to open.

However, the department chief added that an initial inspection found the equipment and a surgery room were in working order and met the standards required for such procedures.