Authorities Clamp Down on Polluters as Haze Chokes Bangkok
Advertisement 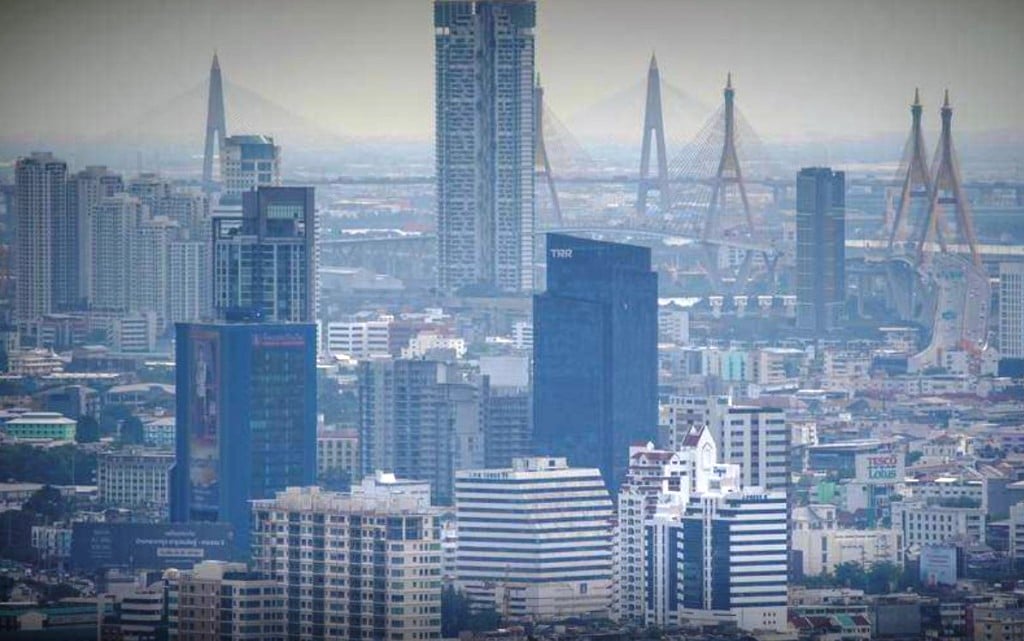 Bangkok on Tuesday introduced measures to tackle rising pollution, as concentrations of Pm 2.5 tiny particles that hit unhealthy levels in several parts of the Thai capital, shrouding high-rise buildings in a murky haze.

Air quality in the city of around 10 million people has deteriorated markedly in recent days, and authorities said large construction projects had been asked to halt and checkpoints were being set up to test vehicle emissions.

“It affects my daily life because every time I walk outside, my nose and neck feels irritated and when I cough, people get suspicious about whether I have Covid or not,” said Bangkok resident Sarunya Poungsumdee.

The global Air Quality Index’s level rose above the 151 threshold into the unhealthy category across the city on Sunday (Dec 13), data from monitor AirVisual showed.

While the pollution has eased slightly since, concentrations of PM 2.5 – tiny particles found in dust, soot and smoke that can lodge deep in the lungs and enter the bloodstream – remained at unhealthy levels in 13 districts of Bangkok on Tuesday, the city’s Air and Noise Pollution Management office said.

“My concern has just doubled,” said another resident, Pasarawadee Tankanit, in reference to the pollution spike on top of the risk of catching the coronavirus, adding that residents could not simply afford to rely on the government.

Fine particulate matter (PM2.5) is an air pollutant that is a concern for people’s health when levels in air are high. PM2.5 are tiny particles in the air that reduce visibility and cause the air to appear hazy when levels are elevated. Outdoor PM2.5 levels are most likely to be elevated on days with little or no wind or air mixing creating bad air quality.

The term fine particles, or particulate matter 2.5 (PM2.5), refers to tiny particles or droplets in the air that are two and one half microns or less in width. Like inches, meters and miles, a micron is a unit of measurement for distance.

There are about 25,000 microns in an inch. The widths of the larger particles in the PM2.5 size range would be about thirty times smaller than that of a human hair. The smaller particles are so small that several thousand of them could fit on the period at the end of this sentence.

How can PM2.5 affect my health?

Particles in the PM2.5 size range are able to travel deeply into the respiratory tract, reaching the lungs. Exposure to fine particles can cause short-term health effects such as eye, nose, throat and lung irritation, coughing, sneezing, runny nose and shortness of breath. Exposure to fine particles can also affect lung function and worsen medical conditions such as asthma and heart disease.

Scientific studies have linked increases in daily PM2.5 exposure with increased respiratory and cardiovascular hospital admissions, emergency department visits and deaths. Studies also suggest that long term exposure to fine particulate matter may be associated with increased rates of chronic bronchitis, reduced lung function and increased mortality from lung cancer and heart disease. People with breathing and heart problems, children and the elderly may be particularly sensitive to PM2.5.

Where does PM2.5 come from?

There are outdoor and indoor sources of fine particles. Outside, fine particles primarily come from car, truck, bus and off-road vehicle (e.g., construction equipment, snowmobile, locomotive) exhausts, other operations that involve the burning of fuels such as wood, heating oil or coal and natural sources such as forest and grass fires. Fine particles also form from the reaction of gases or droplets in the atmosphere from sources such as power plants.