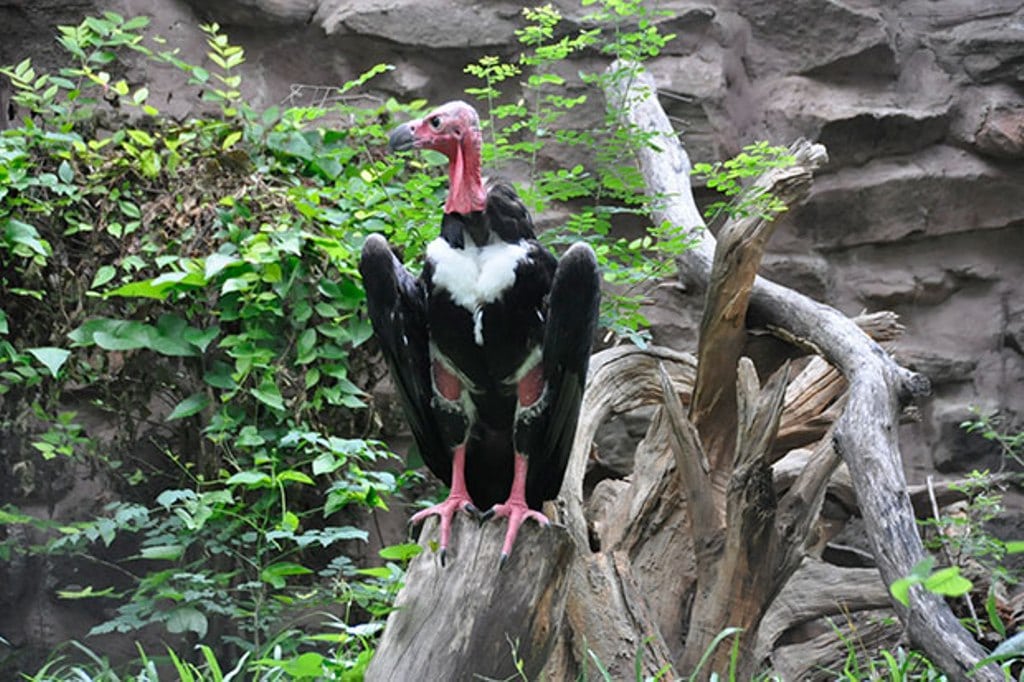 After a wait of more than 25 years, the Asian king vulture has finally delivered in Thailand. “Nui” laid the first egg on Jan 30, after being nearly extinct for 30 years.

Nakhon Ratchasima acting zoo director Narongwit Chodchoy said it was a good omen for Chinese New Year and Valentine’s Day. He said it was the first time in Asia that the vulture had laid an egg in her cage.

The working team of the Condor Population Rehabilitation Project in Thailand has been waiting all year round. The Asian king vulture is protected wildlife and only five are left in the country.

About the Asian king vulture

The red-headed vulture (Sarcogyps calvus), also known as the Asian king vulture, Indian black vulture or Pondicherry vulture, is an Old World vulture mainly found in the Indian subcontinent, with small disjunct populations in some parts of Southeast Asia.

This gaudy-faced vulture was historically abundant, range widely across the Indian subcontinent, and also eastwards to south-central and south-eastern Asia, extending from India to Singapore.

Today the range of the red-headed vulture is localized primarily to northern India. It is usually in open country and in cultivated and semi-desert areas. It is also found in deciduous forests and foothills and river valleys. It is usually found up to an altitude of 3000m from sea level.

The red-headed vulture used to be declining, but only slowly; in 2004 the species was uplisted to near threatened from least concern by the IUCN. The widespread use of the NSAID diclofenac in veterinary medicine in India has caused its population to collapse in recent years, however. Diclofenac is a compound now known to be extremely poisonous to vultures.

The red-headed vulture population has essentially halved every other year since the late 1990s, and what once was a plentiful species numbering in the hundreds of thousands has come dangerously close to extinction in less than two decades. Consequently, it was uplisted to critically endangered in the 2007 IUCN Red List.

Several NSAIDs have been found to be harmful to scavenging birds. Diclofenac, carprofen, flunixin, ibuprofen and phenylbutazone were associated with mortality. Meloxicam has thus far been found to be “Vulture-Safe” and its use in veterinary treatment of livestock is being encouraged.

The red-headed vulture has started becoming more harder to come by as it is being hunted down. Places like Thailand and Cambodia have put together special programs to help critically endangered vulture species.

There has been evidenced compiled that showed hunters have started “ the use of poisons in hunting practices”, which has led to the population analysis showing “that since 2010 populations of the White-rumped Vulture Gyps bengalensis and Red-headed Vulture Sarcogyps calvus have declined, while the Slender-billed Vulture Gyps tenuirostris may also have started to decline since 2013”.