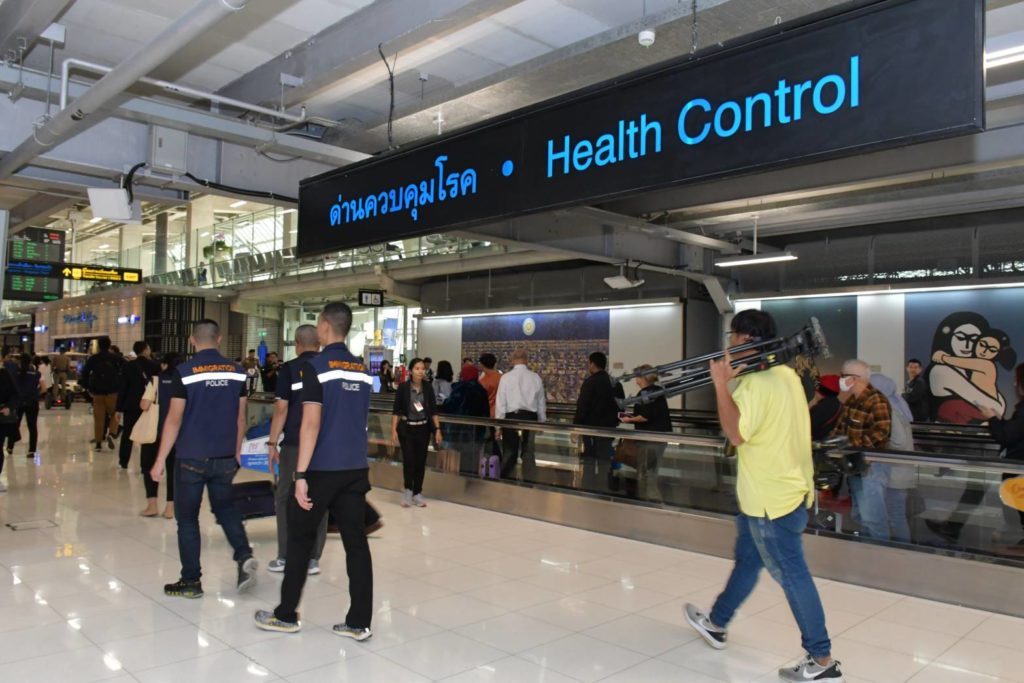 Authorities have installed thermal scanners at 6 airports in Thailand to screen passengers arriving from southeastern China. A precautionary measure after a form of viral pneumonia broke out in the Chinese city of Wuhan.

Officials are running thermal scans on passengers arriving from the Chinese city of Wuhan at Suvarnabhumi, Don Mueang, Phuket and Chiang Mai airports.

44 infections have been reported in the Chinese city so far. Including 11 severe cases, sparking fear of an outbreak of severe acute respiratory syndrome (SARS). Many of the infected individuals from Wuhan’s Huanan Seafood Wholesale market. Health officials in China have closed the market until further notice.

Airports of Thailand is coordinating with the Disease Control Department and is scanning passengers arriving from southeast China. Airlines operating flights from Wuhan China, are disembarking their passengers at specific ramps at the six airports. Thermal scanners have been installed before the airports immigration checkpoints.

If a passenger have a fever, the airline must notify AOT and all passengers on board the flight. The passengers will then be confined to a specific area and screened by Thai health officials.

Public Health Minister Anutin Charnvirakul led officials from the Disease Control Department in an inspection of the precautionary measures being employed at Suvarnabhumi International Airport.

He said that, if a passenger arriving from a risk area presents with a fever, they will be taken by ambulance to a hospital equipped with special facilities for further observation and treatment for viral pneumonia.

The minister, however, asked the Thai public not to panic. Above all assuring them that Thailand has effective screening systems to contain such infections.

The exact identity of the type of viral pneumonia in question still remains unknown. The Wuhan health commission has ruled out avian influenza (bird flu), as a potential culprit.

China Southern Airlines will operate additional flights to Phuket from Jan 10 to Feb 3rd for the Chinese New Year festival.