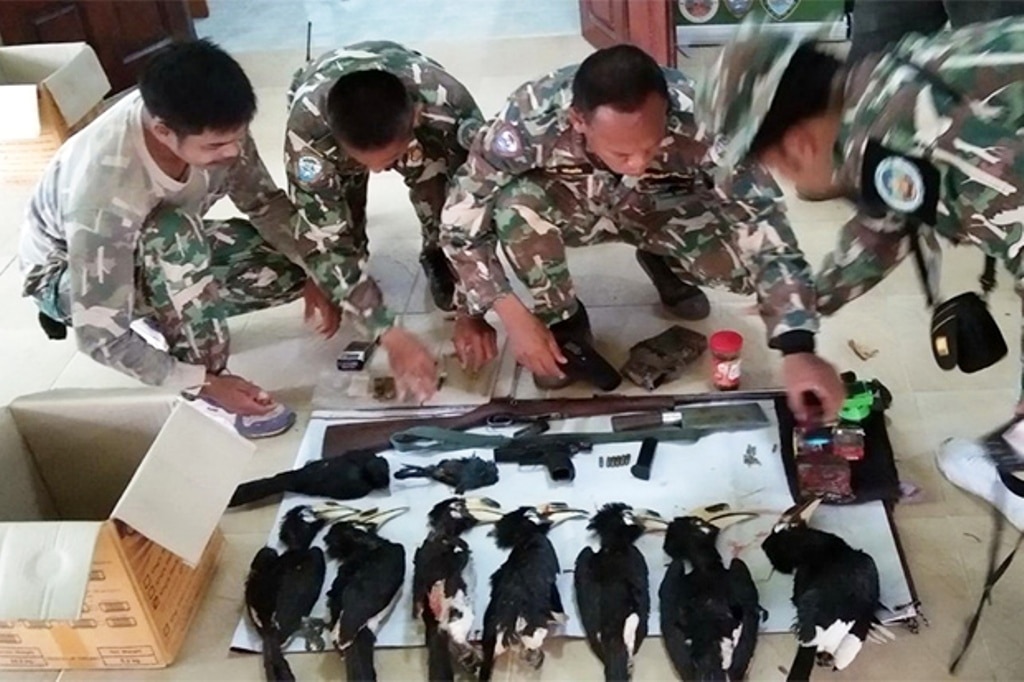 Animal conservationists and activists have denounced a soldier caught slaying wildlife in a national park and urged the army to punish him severely.

The Sueb Nakhasathien Foundation, that champions for protecting wildlife issued a statement condemning soldier for his “shameful” and illegal use of firearms to hunt wildlife in Sai Yok National Park in Kanchanaburi.

The foundation urged the strongest punishment against the soldier under the 1st Regional Development Office and called for better measures to keep firearms out of public places.

The soldier was arrested on Friday by a park ranger unit at a hunting camp in Sai Yok district. Park officials found and seized carcasses of wild animals, including seven hornbills, along with several hunting tools and firearms.

After his arrest on Friday, the soldier said he had fired 30 shots at wild animals.

The park filed charges against him at Sai Yok police station on several counts of poaching and possession of wildlife carcasses, weapons and drug abuse. If found guilty, he could face a maximum jail term of 10 years and fine of 1 million baht or both.

The unit where the arrested soldier works is based in Kanchanaburi.

An army source said the soldier was being held in a military jail at the 17th Army Circle for disciplinary action, waiting for the result of a committee set up by Gen Naren Siriphubal, chief of the Armed Forces Development Command, to probe the issue.

The investigation would extend to his supervisors, who were suspended from duty for seven days, according to the source.