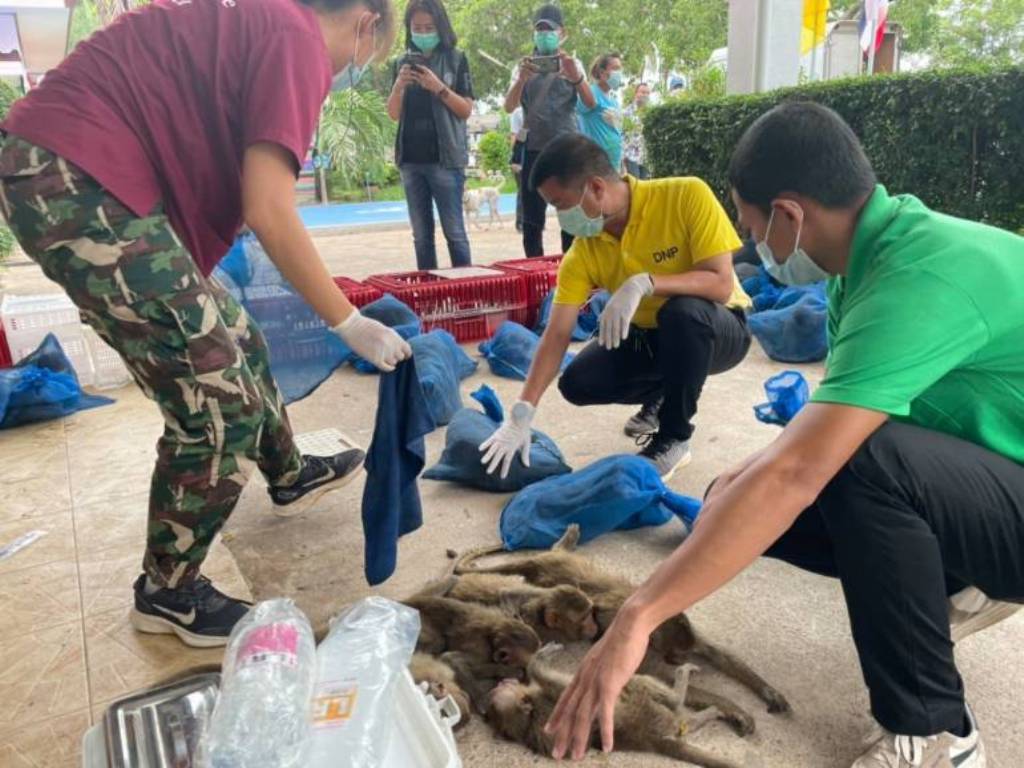 Thailand’s Crime Suppression Police have rescued 88 macaque monkeys from being shipped to China and turned into dinner. Police interception of a pickup truck believed to be stolen and bearing fake licence plates and discovered the macaque monkeys.

Crime Suppression Division (CSD) investigators and police officers from Prachin Buri had no idea that their operation on Thursday would end in such dramatic fashion. Their mission for the day was to seize the stolen vehicle after investigators confirmed that the target was in the province.

Police found the targeted pickup driving along a road near the station in Si Maha Phot district of Prachin Buri province in central Thailand. The police gave chase and forced the driver to pull over.

After they arrested driver Panupong Jusing, 25, a search of the pickup truck’s covered bed revealed a shocking sight: They discovered 88 macaques monkeys barley alive in deteriorating condition in plastic cages, another 14 were found dead. 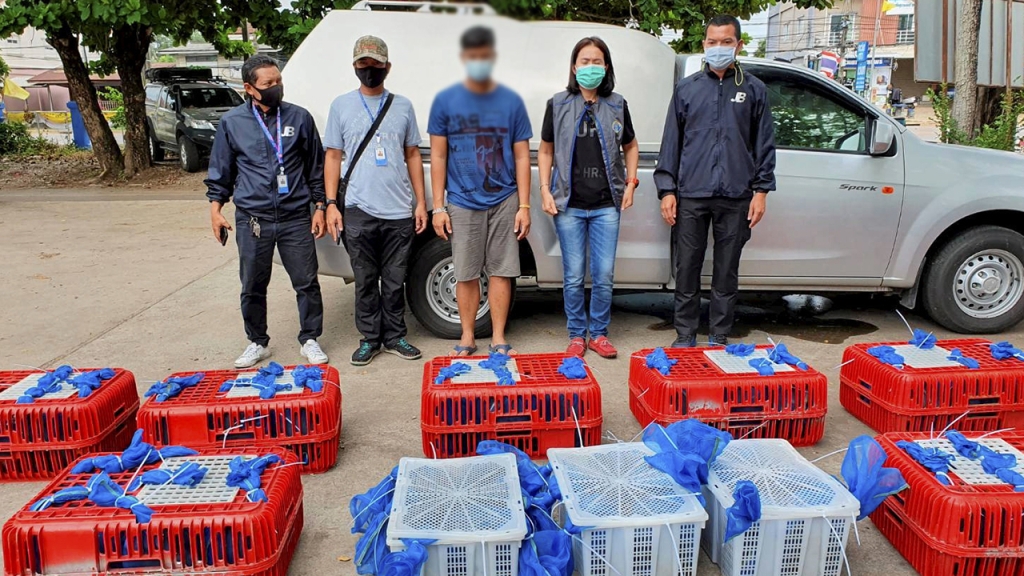 Under interrogation, Mr Panupong said he had been paid 3,000 baht to transport the animals from Phichit to a client in Sa Kaeo, said CSD chief Pol Maj Gen Suwat Saengnoom. The animals would then be taken from the Thai border province to Cambodia and from there to China.

The driver said had made two successful deliveries previously before failing on the third attempt, according to a report by the CSD and Prachin Buri police.

The macaque monkeys were destined to be sold as exotic food in China, Pol Maj Gen Suwat added.

Monkey meat has traditionally been viewed as a “prized (delicacy)” in Chinese cuisine, and is also believed to have medicinal qualities.

Macaque  monkeys are a protected animal under Thaialnd’s Wildlife Conservation and Protection Act, Pol Maj Gen Suwat said. He told reporters that investigators are now trying to track more traffickers in Thailand behind the network. 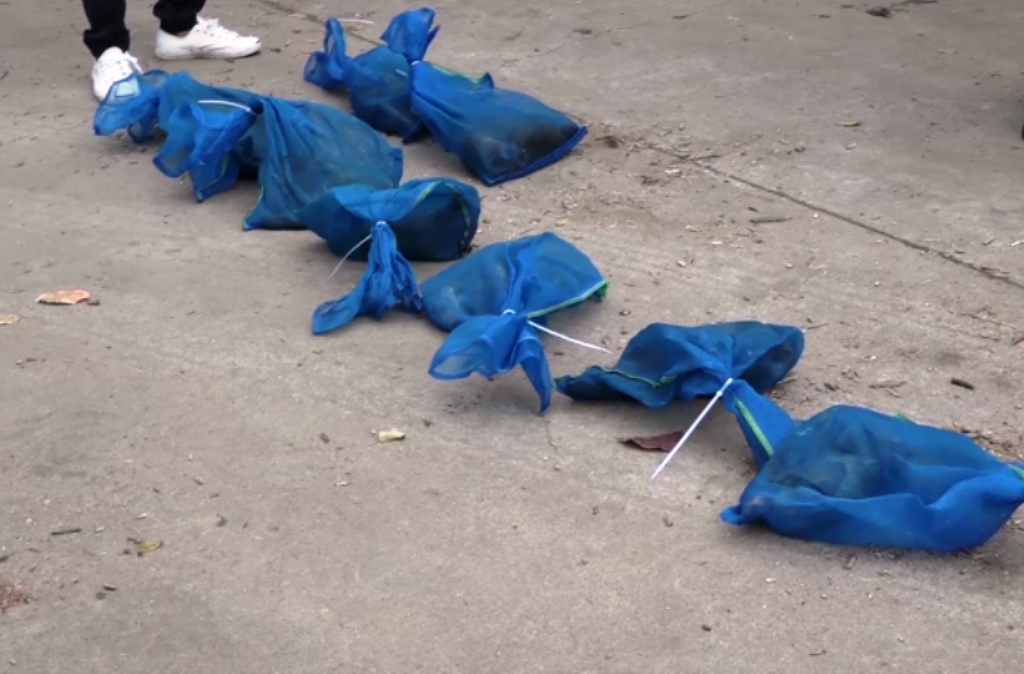 The Natural Resources and Environmental Crime Suppression Division on Friday sought cooperation with the CSD and Si Maha Phot police to transfer the case to the agency.

The macaques are being cared for at the Si Maha Phot police station in Prachin Buri.