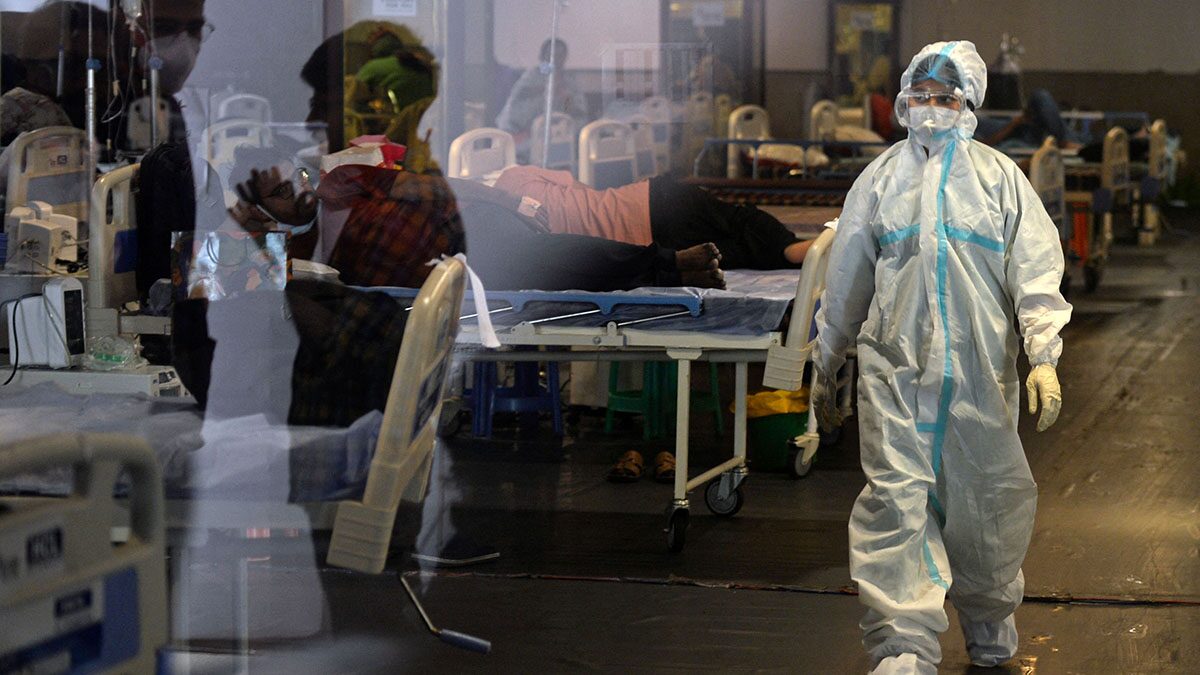 Health authorizes on Friday announced 36 people at a construction site in Laksi district of Bangkok have been found infected with the Indian variant of Covid-19.B

The 36 — 21 Thais, 10 Myanmar nationals and five Cambodians — are among dozens of workers at the site who have contracted the coronavirus, though mostly the ordinary strain.

Supakit Sirilak, director-general of the Department of Medical Sciences told a press briefing that the workers have been admitted to hospital, while health workers and investigators scramble to contain the outbreak.

Measures taken so far have included suspending construction activity at the site, sealing off the workers’ camp and prohibiting entry and exit.

Health workers and investigators have been deployed to contain the disease.

All movement of workers between construction camps has been prohibited, he said.

According to the Bangkok Post Dr Opas Karnkawinpong, director-general of the Department of Disease Control, said that the seven men and eight women confirmed earlier had an average age of 46 years.

“Most of them have mild symptoms and everyone is in hospital. Twelve of them are construction workers and three are people who were in close contact with the infected workers at home. Active case finding is continuing among people connected to the cluster,” he said.

The Indian variant of covid-19 has not been shown to be resistant to the Covid-19 vaccine produced by AstraZeneca, Dr Opas said.

The country reported its first cases of the Indian variant on May 10, detected in a Thai woman and her young son who had travelled from Pakistan.

The variant was recorded for the first time in India last October, before spreading to other countries in South Asia such as Pakistan, Nepal, and Bangladesh. In Southeast Asia, Cambodia, Indonesia, Malaysia, Singapore and Vietnam have also detected it.

Dr Taweesilp said there were now 35 Covid-19 clusters in 23 districts of Bangkok.

Those where maximum precautions are in place are construction workers’ camps in Laksi, Don Muang and Klong Toey districts; crowded communities in Klong Toey and Din Daeng district; the Bang Kapi market; and gem trade venues in Bang Rak district.

The CCSA on Friday reported 32 new Covid fatalities and 3,431 new cases. Of the total, 2,530 were in the general population and 951 were in prisons.

Thailand to Give Free Covid-19 Vaccinations to Foreigners in June