New Covid-19 Restrictions for Bangkok and Five Other Provinces
Advertisement 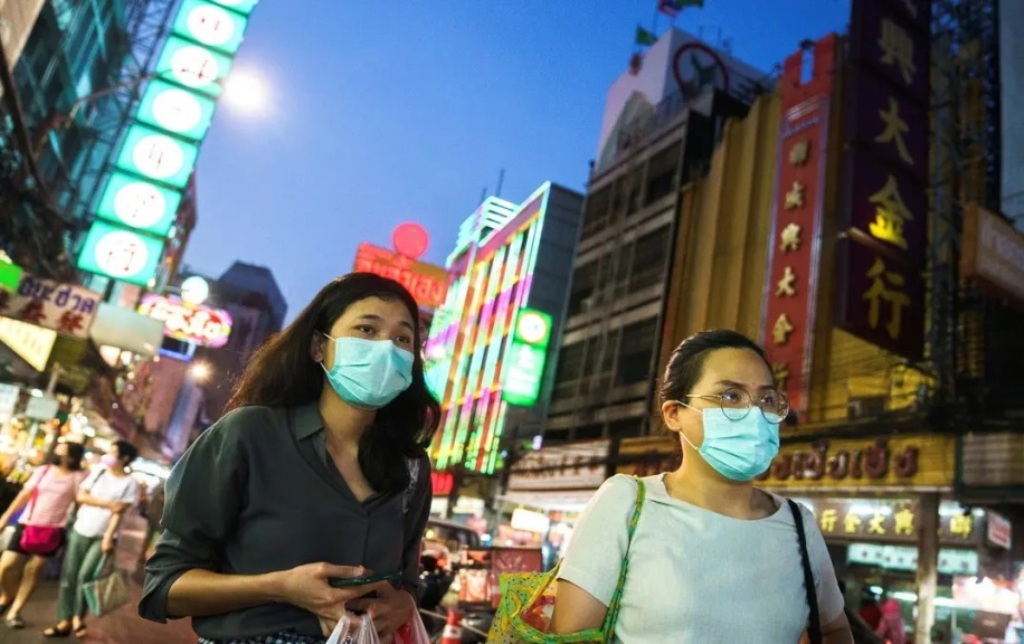 As health officials struggle to to contain a surge in covid-19 cases in Bangkok, new restrictions have been announced in a bid to tackle Thailand’s worst covid-19 outbreak.

The new restrictions will be implemented for 30 days starting from Monday, June 28th. the restrictions include a ban on restaurant dine-ins in Bangkok and five surrounding provinces.

Bangkok, Nonthaburi, Pathum Thani, Samut Praka, Samut Sakhon and Nakhon Pathom, are all under 30 day restrictions according to a document published in the Royal Gazette on Saturday.

Under the order shopping malls in Bangkok and the five provinces must be closed by 9pm. Furthermore parties or celebrations, or activities involving a gathering of more than 20 people will also be banned.

The restrictions also include construction sites in the six areas, they were ordered locked down and the migrant construction workers’ were be sealed off to contain covid-19 clusters.

The order followed the emergence of more clusters in construction camps in the capital, which has 575 such sites housing about 81,000 workers. Since May, 37 clusters have been found in Bangkok construction worker camps.

Authorities will set up checkpoints in Bangkok and the five provinces to limit travel and relocation of construction workers, the document said, adding that there will also be checkpoints in the country’s four southern provinces of Narathiwat, Pattani, Songkhla and Yala.

#BangkokLockdown was trending on Twitter in the early hours into Sunday, with internet users criticising the timing of the announcement and saying they were taken by surprise by the new measures.

Prime Minister Prayut Chan-o-cha said on Friday he wanted to avoid the word lockdown and that specific businesses and activities would be targeted to contain the virus.

Canadian Embassy Says its Not in a Position to Vaccinate Citizens