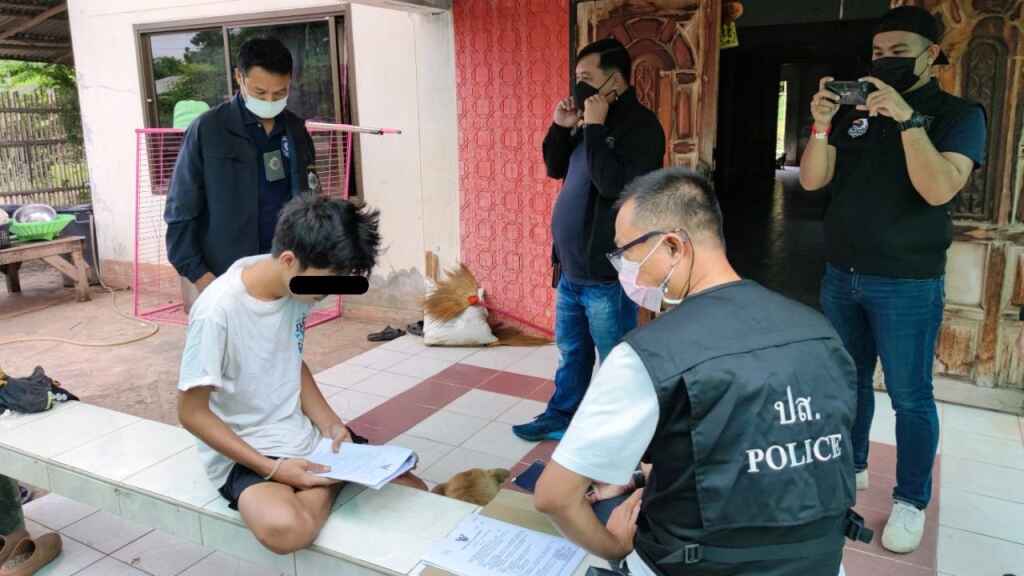 Police in northern Thailand have arrested an alleged member of a transnational drug syndicate that was behind the heroin smuggling at Laem Chabang port in Chon Buri on July 5.

The Office of the Narcotics Control Board (ONCB) secretary-general Wichai Chaimongkhon said yesterday that police were able to arrest Mr Anont after a tipoff provided by suspect Mr Tukta Boonbanlu.

He was arrested right after police seized heroin hidden in 314kg of paint buckets en route to Australia on July 5.

Ms Tukta was quoted telling police that Mr Aek ordered her to rent a warehouse in Pathum Thani, and Mr Anont gave her the money. After the raid, she was told to relocate the rest of the heroin to Phitsanulok and Nong Khai provinces.

Mr Anont was arrested on Thursday and faced charges of attempting to send Type 1 narcotics from the kingdom and possessing drugs with intent to distribute, Mr Wichai said.

The network had smuggled heroin and crystal meth to Taiwan and Australia multiple times, he said.

Police intercepted their smuggling attempts en route to Taiwan two times — 214 kg of heroin was hidden in picture frames on Feb 1-2 and another 75kg hidden in car parts on Aug 20.

“All clues indicate these seized items belonged to the network,” he said.