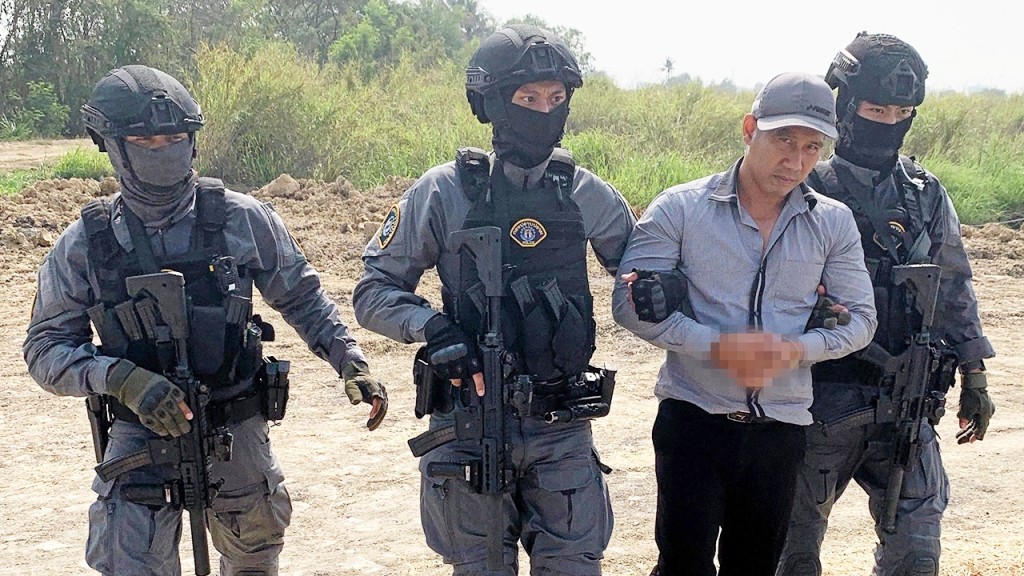 Police in Lop Buri now claim murder-robber Prasittichai Khaokaew said stress drove him to seek a way to be shot and killed by police. Her earlier confessed to police he committed the horrific crime for a thrill.

But, on the day of the robbery, there were no police near the scene, he allegedly said.

Prasittichai Khaokaew, 38, confessed during an interrogation that he was the same man who shot seven people while he robbed the store in Lopburi province on Jan. 9, killing three of the victims.

His Facebook account also showed him dining at a restaurant with his partner two days after the killings. The horrific killings shocked the nation due to their brutality.

A teacher at his school described him as a “friendly” person who easily gets along with anyone.  A close friend however said Prasittichai, seemed friendly but had a very mean temper. His  friend also said Prasittichai was deep in debt over football betting.

Amnat Wichayanuwat, of the Office of Basic Education Commission, said Prasithchai would be fired from his post.

The gang hired an actor to sell their fake gold chains so that no one will see what they truly look like.

One of the gang had just recently come out of jail in 2017 at Phuket Province on charges of selling fake gold.

The money earned from the fake gold was then split 3 ways. The gang sold fake gold 76 times amounting to 7.6 Million baht in damages. The gang claimed they needed to commit the crimes so that they can pay off the debt, for their family.

Source: The Nation, The Thairesident