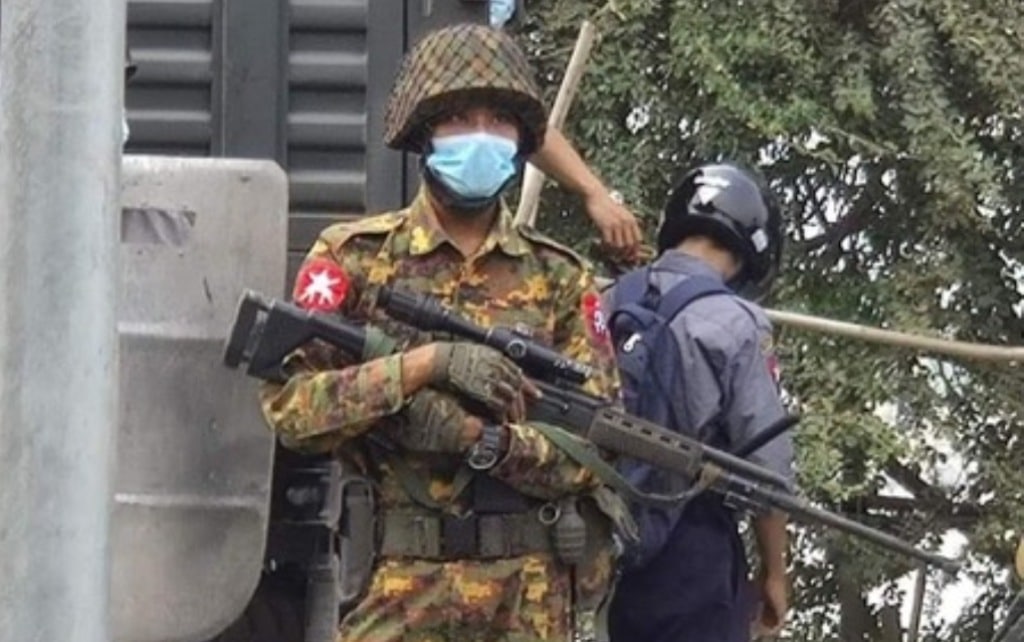 Two men are in critical condition after being shot in Myanmar’s southern Shan State in an area where the military is launching an offensive against the civilian defense group Karen Nationalities Defence Force.

The military randomly attacked the victims, one is 35-years-old and another is 19- years- old, in Mong Pai town located in Hpai Khun Township.

A man from the town who knew about the incident suspects they were shot by a military sniper. He explained a bullet passed through the cheeks of one and the other man was shot in his armpit.

Locals say Myanmar’s military is treating civilians as rebels and shootings are becoming increasingly common. The military shot both men around 7 pm, which is one hour before the start of the sate wide curfew.

In Myanmar’s northern Shan State, the Myanmar’s military attacked a village in Kutkai Township on June 3, close to where ethnic armed organizations (EAOs) attacked the day before.

Villagers from Kho Lon fled their homes during the clash.

Both ethnic armed organizations EAOs are part of the Northern Alliance with the Kachin Independence Army, a group frequently clashing with Myanmar’s military in the township.

Meanwhile, volunteers are risking being shot while delivering urgently needed supplies to civilians who fled offensives by Myanmar’s military after fighting broke out with a civilian defense group in Kayah State in eastern Myanmar.

“We traveled secretly to bring assistance for internally displaced persons (IDPs). It was raining, making travel difficult, and the Burma Army blocked all the roads,” a Tai Youth Yangon member told SHAN.

“They need food, medicine, and plastic sheets. We reached the IDP camp with the help of a local guide.”

There are over 50,000 villagers displaced by fighting between the Karen People’s Defense Force (KPDF) and Myanmar’s military that started about a week ago.

The group cooperated with Tai Youth Network (Japan) and Tai Students’ Union to raise funds to help 2,726 IDPs living in 12 camps in the eastern state.