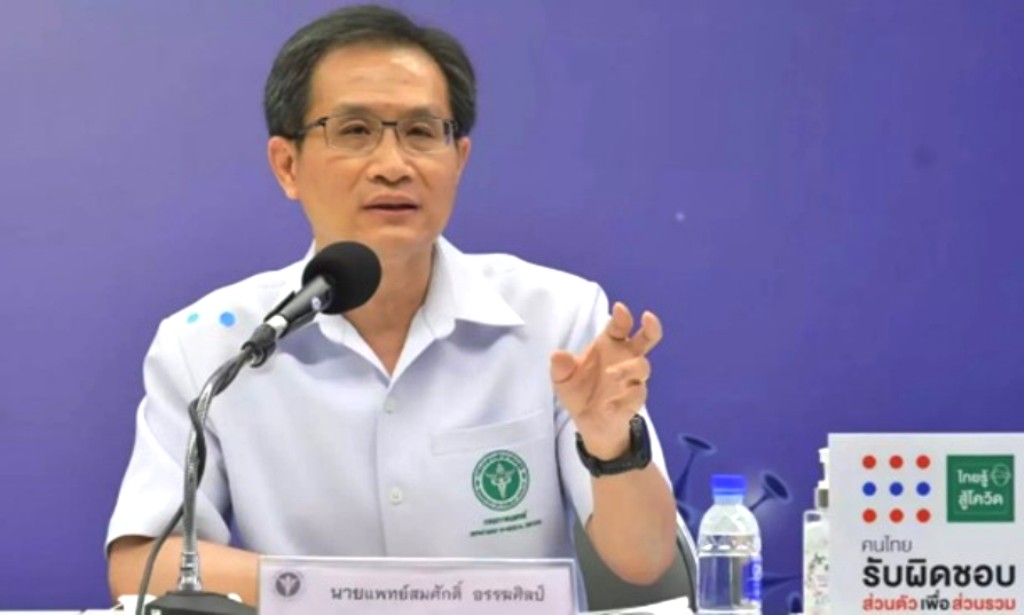 The head of the Department of Medical Services has said he back a proposal to reopen Thailand to revitalize the virus-battered economy. Dr Somsak Akksilp said that Thailand is well prepared Covid-19 and that maintaining zero local infections was an unrealistic target. Above all because its was still not known when a covid-19 vaccine will become available.

“We cannot afford to maintain zero cases forever,” Dr Somsak said. “We need to reopen the country now. The country must move forward and people have jobs to do.  “This means we may have to see a small number of infections but if we work together to prevent them, the country will be able to achieve a balance between public health and the economy.”

He said the Public Health Ministry wanted to reassure the public that the medical system was well-equipped to detect and control the disease.

“Thailand has upgraded our medical system,” Dr Somsak continued. “We won the first round because of the trust between the people and doctors. We believe we will get through this.”

Sophon Mekthon, chairman of the Government Pharmaceutical Organisation (GPO), said that it had ensured enough supplies of face masks, N95 masks and personal protective equipment (PPE) in the event of a second wave of Covid-19 — and more could now be produced locally.

In particular, the GPO had been working with the Thai Textile Manufacturing Association and the Department of Science Service to make high-quality equipment, Dr Sophon pointed out.

Opas Karnkawinpong, acting director-general of the Department of Disease Control (DDC), said it had about 1,000 rapid investigation teams and planned to triple the number.

The aim was to control any further waves of infections within three to four weeks. Also reduce the death rate to below 1.4% and increase each province’s ability to deal with Covid-19, Dr Opas said.

Interior Minister Anupong Paojinda, meanwhile, pointed out that the mandatory quarantine period for tourists was still 14 days. The period had not yet been reduced to 10 days since further studies were needed.

Phuket had been preparing to receive its first group of tourists from China who were expected to arrive this week under the STV scheme aimed at supporting Thailand’s economic recovery.

A group of 120 Chinese tourists and businessmen had been scheduled to arrive in Thailand on Thursday, but their trip has been delayed.

Tourism Authority of Thailand governor Yuthasak Supasorn confirmed that the initiative to welcome foreign tourists back to Thailand under the STV visa scheme will proceed as planned, though it might be delayed due to paperwork.

He confirmed the tourists in the STV visa scheme will be able to come to Thailand by the end of this month.

It’s part of the conditions of the STV visa that they had to pay first, Mr Yuthasak said.

There’s no need for refunds because their trips are not cancelled, they are only delayed, he told Thai media earlier.

The Ministry of Foreign Affairs on Thursday declined to elaborate on the matter saying the TAT governor had already clarified the issue. – Bangkok Post