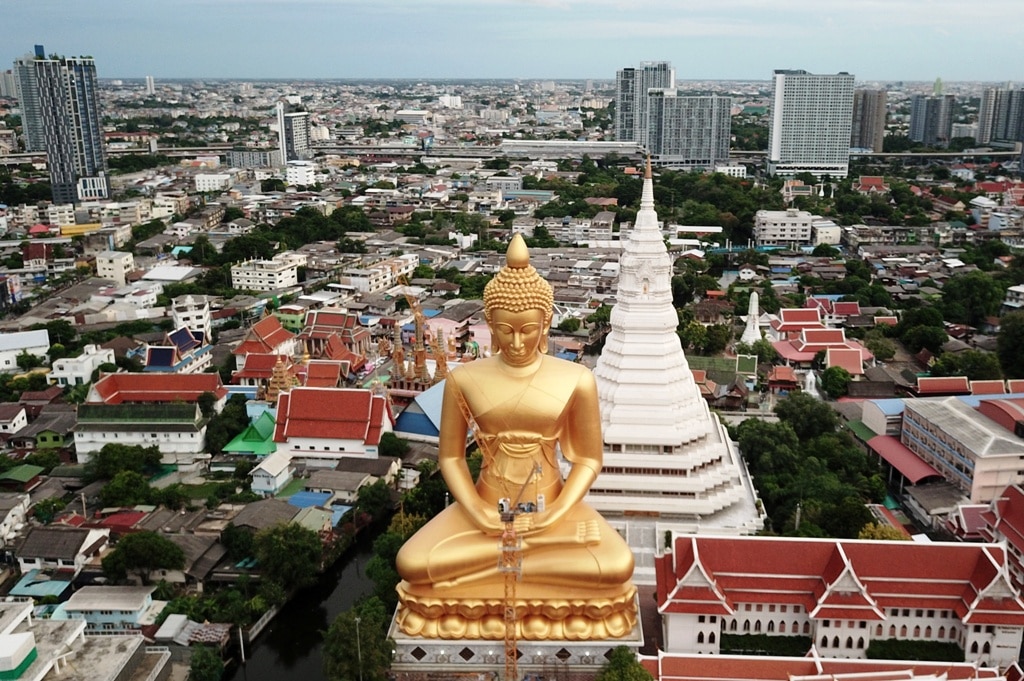 The Royal Wat Paknam Phasi Charoen temple in Bangkok has reported that a 69-metre-tall (230 ft) Buddha statue is almost complete. The massive Buddha statue that will be visible across Bangkok.

A temple spokesman Pisan Sangkapinij said construction was nearly complete but its opening may be pushed back to 2022 due to delays caused by the covid-19 pandemic.

The Royal Wat Paknam Phasi Charoen temple on the outskirts of Bangkok dates back to 1610 and is located on a island created by canals flowing from the Chao Phraya river.

Work on the statue, which is as tall as a 20-storey building, started in 2017 and should be completed this year, but due to the coronavirus pandemic the official opening may be pushed back to 2022, said temple spokesman Pisan Sangkapinij.

The Phra Buddha Dhammakāya Thepmongkhon statue, made of copper and painted gold, sits in a seated lotus posture. Parts were produced in China before being shipped to Thailand to be assembled.

It should be visible from all parts of the raised train line that spans the capital Bangkok, said Pisan.

Using $16 million worth of donations, the temple decided to build the statue to honour Buddhism and also as a tribute to former abbot Luang Pu Sodh Candasaro who helped develop the temple as a renowned centre for meditation, he said.

The statue has drawn double the number of visitors to the temple than usual, he said, and the temple was expecting more once Thailand’s borders, closed due to the pandemic, are reopened to tourists.

The tallest Buddha statue in Thailand is the Phra Buddha Maha Nawamin statue in Ang Thong province that is 92 metres high.