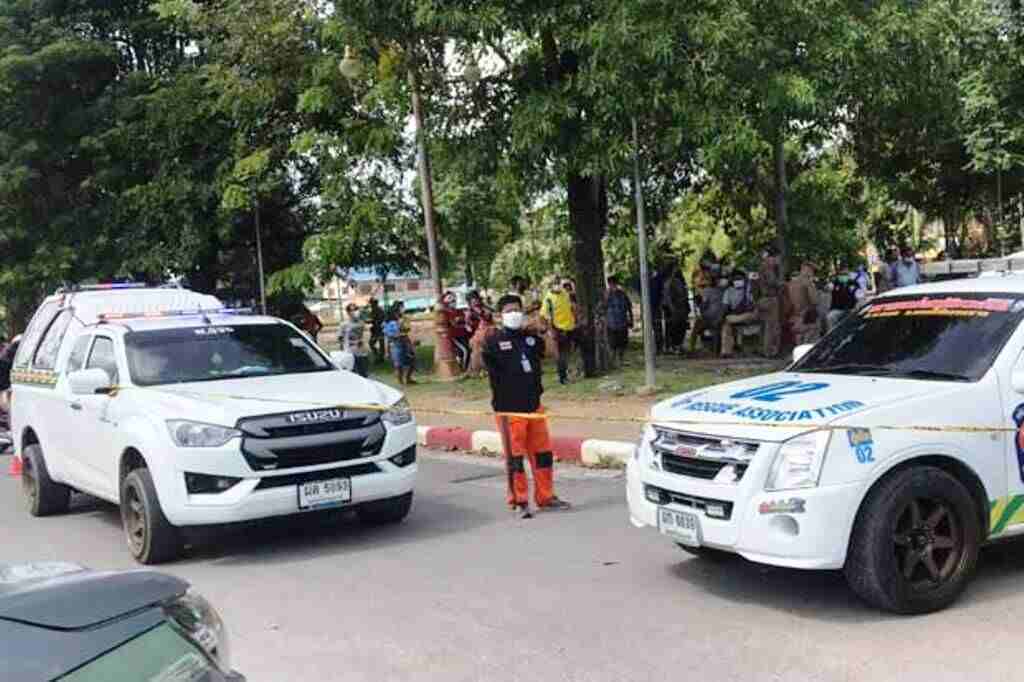 Police in Southern Thailand’s Nakhon Si Thammarat have arrested a man for stabbing his wife to death in front of the police station on Sunday morning. According to police the incident occurred at about 9.30am.

The bloody body of 48 year-old Ms Wilai Kaewrat, was found lying in front of the police station. She had been stabbed eight times in the chest and the neck.

The man, whose identity which has not been disclosed by police, fled after the stabbing attack. However he was apprehended shortly afterwards.

An investigation revealed Ms Wilai was a widow who had lived with the assailant as a couple.

They quarrelled in front of the station, exchanging verbal abuses. The assailant became enraged and stabbed the woman eight times with a knife. The motive for the crime was being further investigated.

The man has been charged with carrying a concealed weapon and second degree murder.

Nakhon Si Thammarat is also known the country’s most murderous province since the beginning of 2021, according to the Crime Suppression Division.

The Crime Suppression Division have also been alarmed by the growing record of intentional killings in Nakhon Si Thammarat, which is also one of the Southern Thailand’s economic powerhouses.

In all, there have been 39 murders so far this year, giving it the dubious title of Thailand’s murder capital for 2021.

Pol Col Wirachan Khunchaikaew, a superintendent of a Crime Suppression Sub-Division told the Bangkok Post that the police were concerned about the quickly rising murder rate in Nakhon Si Thammarat.

Investigators have found that most killings were not premeditated or contracted.

On Aug 11, 42-year-old Thanyapan Makchuay, was been shot dead by an employees of a local politician. He sustained 10 gunshot wounds in the shooting that took place blocks from the police station.

Two suspects connected to the murder gave themselves in to police and were remanded in custody.