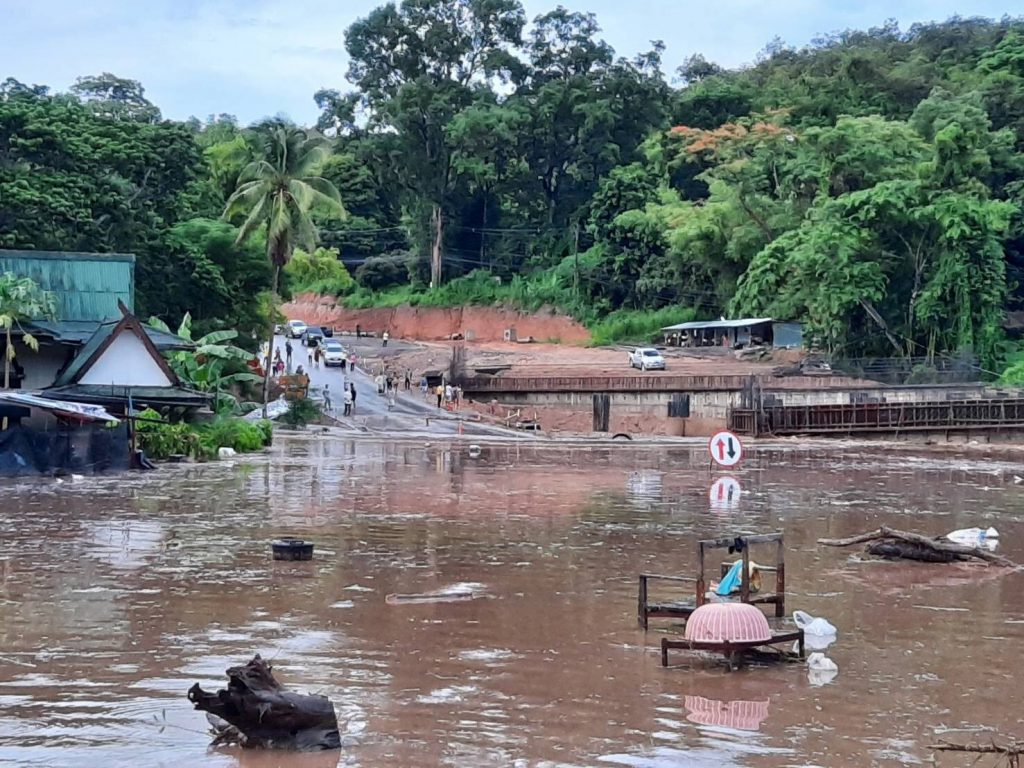 Chiang Mai governor Charoenrit Sa-nguansat said he has asked the Highway Department and its contractor to accelerate repairs. The bridge on the route was also damaged in three sections. Between kilometer 32 at Mae Wan village and kilometer 36 in Pong Or, Chiang Mai.

Meanwhile, questions are being raised concerning the endless construction of the Chiang Mai-Chiang Rai Road.

The dirt road is of great concern for motorists, as there have been many accidents. Especially as this is the rainy season, and the area often becomes a bottle neck for traffic. People are also demanding the road to be completed as soon as possible. Authorities have not yet responded with any ideas as to how to hasten the construction.