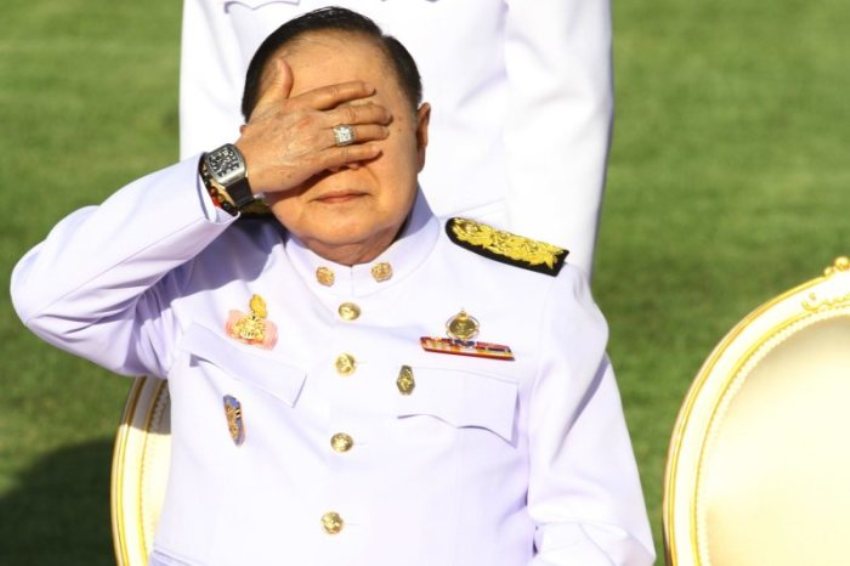 Thailand’s Deputy Prime Minister Prawit Wongsuwon’s (The Rolex General) scandal over luxury watches that ended in an anti-corruption investigation is once again come to the forefront of the news.

Thailand’s anti-graft body has been criticized for subverting the system of checks and balances of politicians and high-ranking officials. Its explanation about Deputy Prime Minister Prawit Wongsuwon’s borrowed luxury watches has drawn huge scrutiny.

The explanation comes in a letter dated Monday and sent by the National Anti-Corruption Commission (NACC) to an opposition politician — 17 months after he wrote to them.

Ruangkrai Leekitwattana, a Pheu Thai Party member in Thailand, asked the NACC on Jan 3, 2019 to explain why it did not find Gen Prawit guilty of failing to declare 22 luxury watches. Watches he claimed to have borrowed from a friend who later died. The original ruling was made on Dec 26, 2018.

Mr Ruangkrai publicised the letter, signed by Sukij Boonchai, the acting NACC secretary-general, and it has since been widely shared online.

The letter says the NACC commissioners acknowledged that Pattawat Suksriwong was the owner of the luxury watches and had lent them to Gen Prawit. It also confirmed that Gen Prawit had returned the watches, worth tens of millions of baht, to Pattawat after he used them.

“The borrowing is a ‘loan for use’. While a loan for use is a liability, it is not the type the NAAC requires to be declared in its (asset declaration) form,” Mr Sukit wrote.

The NACC’s definition of liabilities only covers money, not loans for use, in which the assets have been returned to the lenders in their original form (with no money involved), he added.

“Therefore, Gen Prawit is not obliged to declare the borrowed watches as liabilities in his asset declaration form,” he concluded.

Former finance minister Thairachai Phuvanatnaranubala wrote on Facebook that the interpretation of “liabilities” by the incumbent commissioners ran against common sense. A prevailing interpretation of liabilities is anything of monetary value, not just something where real money is involved.

For the sake of transparency, he urged the NACC to list cases where it had convicted or acquitted people in the past for the same reason, how it interpreted each of these cases and whether those interpretations were in line with the description it gave in the letter to Mr Ruangkrai.

Piyabutr Saengkanokkul, a law professor and leader of the Progressive Movement, wrote on Facebook that such an interpretation would open the door for widespread asset concealment.

“Loan for use” trick

“The NACC’s interpretation destroys the checks and balances of politicians and government officials and renders useless the requirement that they declare assets and liabilities,” the former MP from the now-dissolved Future Forward Party wrote.

From now on, he said, any politician or official who wants to hide his assets can “borrow” this “loan for use” trick.

Luxury assets such as accessories, rings, necklaces, watches, sports cars, etc need not be declared anymore. “All you have to do is get a rich friend of yours to say it is their assets and then explain the properties were borrowed from him.”

In the past, politicians and officials tried to avoid declaring assets by having other people, such as their helpers, chauffeurs and close aides, listed as the owners.

“Yet the NACC tried hard to establish the real owners, deterring the practice,” said Mr Piyabutr.

“The interpretation of the NACC today has given politicians and officials a new channel to hide their assets.

“To protect the heart of the military regime, do we really need to trade it with the checks and balances we have so painstakingly built since 1997?”

Gen Prawit was in the hot seat in late 2017 after some media members spotted a $370,000 Richard Mille watch on his wrist in a photograph taken during a ceremony for cabinet ministers. Subsequent investigations of pictures taken at other public events showed that he had worn at least 22 luxury watches worth a combined 40 million baht and expensive rings in public.

The watches and jewellery were not included in the asset declaration that Gen Prawit filed with the NACC on Sept 4, 2014, after taking on the positions of deputy prime minister and defence minister.

The NACC voted 5-3 in December 2018 to dismiss the case. It found Pattawat had regularly lent watches to a group of friends including Gen Prawit, who were alumni of St Gabriel’s College. The NACC  found 20 of the watches at Pattawat’s house and a warranty for another one. Of the 21 watches, proof of purchase was found for only one while another two were bought secondhand. It also found that Gen Prawit had inherited the rings.

The NACC’s latest, long-delayed response might not be the last word in the case. The Central Administrative Court in February accepted a petition filed by an online news outlet against the anti-graft body for refusing to give it details of the case against Gen Prawit.