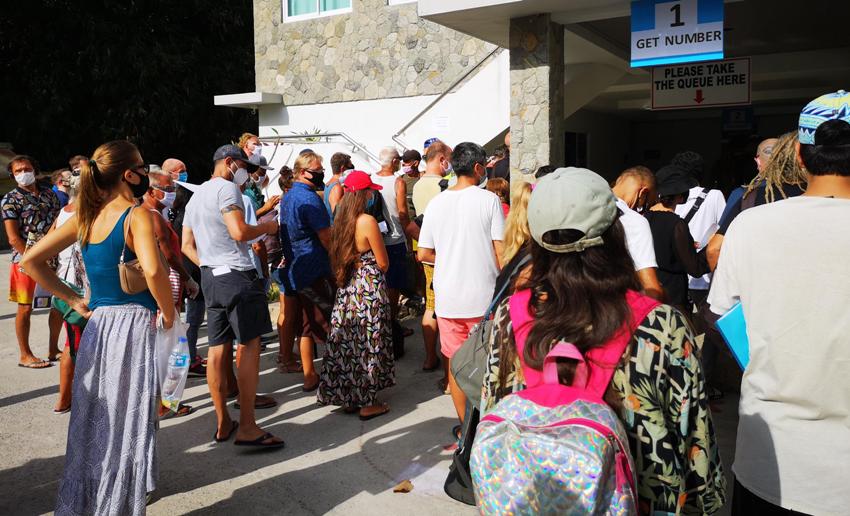 Foreign Tourists stranded on the Island of Koh Samui in Thailand have reported they are being treated badly by Immigration officials. A German tourist whose name is being withheld by The Nation said he and other tourists had to be in a crowded office at the Immigration centre in Koh Samui to apply for visa extension.

He alleged crowds of tourists waiting for Visa’s also created risk of the Covid-19 Coronavirus. Because officials did not impose social distancing at the Immigration center.

He also accused Thailand of taking advantage of tourists who could not fly back home due to flight cancellations and many countries imposing restriction on people movement.

“Thailand is taking advantage of tourist by forcing them to come and extend their visas for money. While all reasonable countries in the world extend the visa automatically for a certain date,” he said.

The Thai government announced on Tuesday it would extend visa automatically for tourists who had entered the country after March 1st,2020  The German tourist, entered Thailand in February, said that visa extension should cover also those who entered Thailand before March 1, 2020.

In response to the complaint, an official at the Foreign Ministry told The Nation that Immigration authorities are aware of the issue. Furthermore the Cabinet had agreed in principle about the automatic visa extension. Officials were working out details and will shortly make an official announcement, he added.

According to the Pattaya Mail, Immigration Bureau Chief Pol Maj Gen Sompong Chingduag said foreigners can apply for this special visa extension at immigration offices in the provinces they are staying.

One of the most crowded immigration offices is that of Koh Samui (Samui Island) in Surat Thani. The officials have eased crowding and facilitate social distancing in queues. Above all to prevent the spread of coronavirus.