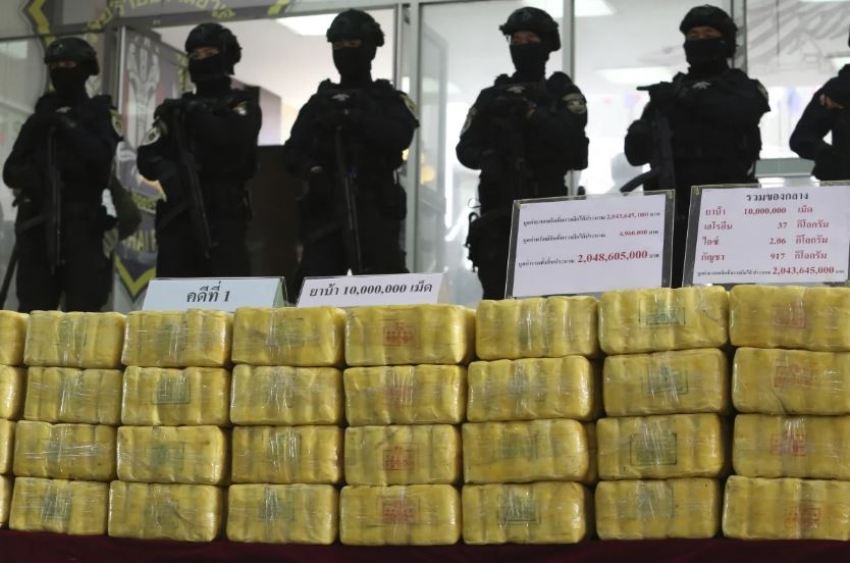 The Justice minister was speaking after a meeting with senior ministry officials. He instructed the Office of the Narcotics Control Board and other agencies involved to step up efforts to stem the spread of drugs. Particularly methamphetamine that’s been flooding into since easing of lockdowns.

The Bangkok Post reports that according to information received by the ministry, drug producers had increased their daily production, with lower overhead costs.

Reduction of reward money for Drug Seizures in Thailand

Therefore, the rewards paid to officials for drug seizures should also be lowered.

Mr Somsak also said a proposal had been made to lower the rewards, but did not say when this would be effective.

Officials would get rewards from seized drug-related assets to offset the loss, he added.

Mr Somsak said drug suppression agencies had been told to keep a close watch for drug money being laundered. Above all through commodities or cryptocurrencies such as bitcoin.

The Department of Investigation had also been told to look into this.

Driver of Toyota Killed after Crashing into Back of Freight Truck