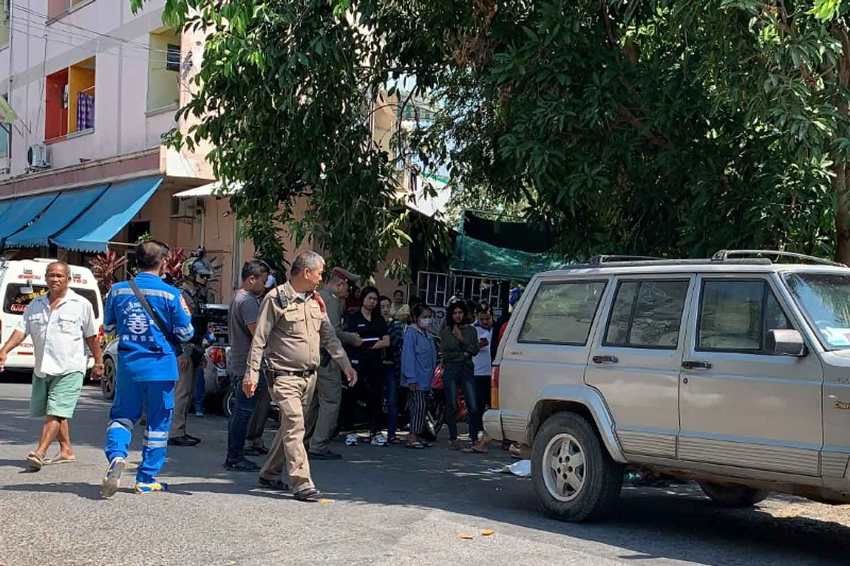 A boy aged 2-and-a-half years died when he was run over by a Jeep Cherokee in Southern Thailand’s Hat Yai district on Monday. The tragic accident occurred about 10.30am in Hat Yai Municipality.

Eyewitnesses told police the young child was running after his grandmother, who was walking to a shop. He darted out in front of a couple’s Jeep Cherokee travelling along the road.

The Jeep Cherokee struck the boy, consequently running him over and killing him instantly.

The accident left the driver, Siripong Chimprasert, 56, and his wife in deep shock.

Chanthapat Premchukiat, 20, a Grab motorcyclist travelling behind the Jeep Cherokee, said it happened so suddenly. He also said that Mr Siripong was unable to avoid hitting the child.

Pol Lt Col Somkiat Khamsuwan, a police investigator, said Mr Siripong and more witnesses would be further questioned before a decision was made on whether to prosecute.

Meanwhile, an assistant village headman was shot dead by motorcycle gunmen while exercising at a children’s playground in southern Thailand on Sunday.

The killers struck about 5.40pm at the children’s playground in Ban Prawae, Pattani province

Chanwit Kaso, assistant headman of Ban Prawae, was using the exercise equipment when four men arrived on two motorcycles. One of them opened fire at Chanwit with a handgun, hitting him three times in the body, killing him. The four fled after the attack.

Police said no spent cartridges were found at the scene, suggesting that the gun used in the attack was a revolver.

On Monday a notorious hit man on Thailand’s ‘most wanted’ list has been found dead in a house in southern Thailand’s Nakhon Si Thammarat province. He died from an unspecified illness at his house in Ron Phibun district

Pol Col Sa-ngob Jansing, chief of Ron Phibun police, led a team of police officers and a doctor from the district hospital to the village on being informed of the death of the wanted criminal, identified as Yuthana Chukaew, 49.

According to the Bangkok Post, Yuthana was known to the public as “Sua Liam Thungpho”.

He was found lying dead on the open platform of a house. He was also wearing a camouflage T-shirt and a piece of loin cloth.

The police learned from villagers that Yuthana came down from a mountainous hideout to stay at his mother’s house. He lost consciousness and died on Sunday morning. Its was believed he died of heart failure.