Italy order the lock down 16 Million People Over Coronavirus
Advertisement 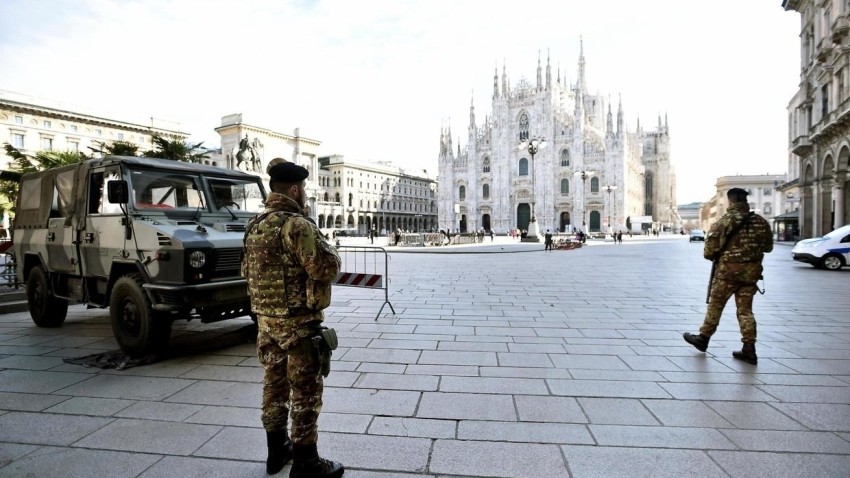 Italy has ordered the lock down 16 million people for nearly a month to halt the spread of the new coronavirus across Europe. Weddings and museums, movie theaters and shopping malls are all affected by the new restrictions.

Confusion reigned after the quarantine was announced, with residents and tourists from Venice to Milan. People were trying to figure out how and when the new measures would be put into practice.

Mass testing in Italy uncovered more than 7,300 infections. The country now has registered more cases of the virus than any country other  than China.

Italian Premier Giuseppe Conte signed the quarantine decree Sunday for the country’s prosperous north. Areas under lockdown include; Milan, Italy’s financial hub and the main city in Lombardy, and Venice. And also the main city in the neighboring Veneto region. The extraordinary measures will be in place until April 3.

Tourists in Italy affected by lockdown

Tourists in the region, including those from abroad, were free to head home. The Italian transport ministry said, noting that airports and train stations remained open.

The pope, who has also been ill, held his Sunday blessing by video instead of in person. Even though he was not directly affected by the lockdown. He described feeling like he was “in a cage.”

Italy is closing all museums and archaeological sites, even those far from the lockdown zone. It suspended all weddings until April 3. The northern regions concerned by Sunday’s decree are closing cinemas and ski slopes.

Eateries all around Italy are expected, somehow, to keep patrons a meter away from each other.

The Vatican Museums are now closed, including the Sistine Chapel. Serving yet another blow to Italy’s all-important tourism industry. Alitalia, the Italian airline that was already financially hemorrhaging before the virus, suspended all national and international flights from Milan’s Malpensa airport as of Monday.

Lombardy’s governor, who is in quarantine also discouraged hoarding and insisting “we’re not going to war.”

Chaos erupted in the hours before Conte signed the decree, as word leaked about the planned quarantine.

Students at the University of Padua in northern Italy who had been out at bars on a Saturday night saw the reports on their phones and rushed back to the train station.

Tensions over the restrictions triggered a riot at a prison in Modena. Inmates were angered that their loved ones would not be able to visit, the La Repubblica reported in Italy. The inmates eventually surrendered.

In a reversal of the stereotypical north-south tensions in Italy, the governor of Puglia urged northerners to stay away and not bring virus infections down south.

“Get off at the first railway station. Don’t take planes,” Gov. Michele Emiliano said in his dramatic appeal. “Turn around in your cars, get off the pullman buses at the next stop.”

Factory worker Luca Codazzi was set to come out of a two-week quarantine at midnight Sunday — but instead was facing new limits on his freedom.

The government decree “was badly written, there are very many interpretations,” he said. “In theory, the cordon should go down at midnight,’’ Codazzi said. He still doesn’t know whether his factory will be open Monday.