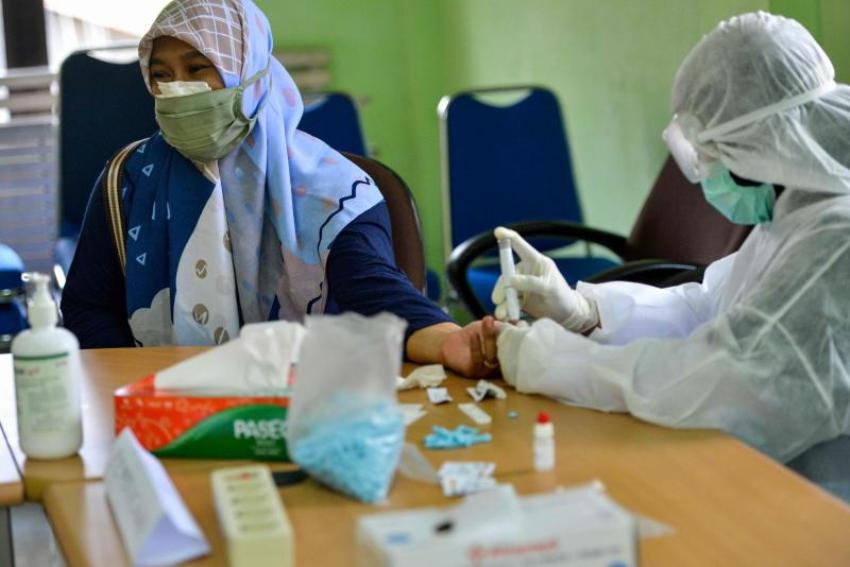 Indonesia’s President Joko Widodo has ordered an urgent expansion of testing and aggressive containment measures to prevent the spread of coronavirus. The coronavirus has killed almost 600 people.

Large scale testing nationwide should be followed by aggressively tracking and isolating those exposed to the deadly disease, Jokowi, as the president is known, told a cabinet meeting in Jakarta Monday. The president also asked officials to widely disseminate data related to the pandemic to dispel any “impression of a cover up” by the government.

Indonesia’s capital Jakarta and its satellite cities have emerged as the epicentre of the pandemic in the country with infections more than quadrupling to 6,575 since the start of the month. The outbreak has killed 582 people in Indonesia, the most in Asia after China, according to Johns Hopkins University data.

Indonesia has tested only 42,219 people for the virus so far with health experts attributing the high mortality rate of 8.9% to slow pace of diagnosis across the archipelago of more than 17,000 island. The nation also has about 180,000 people under medical observation, according to official data.

Authorities have now placed several cities and towns under partial lockdowns to contain the virus with the government warning the worst phase of the pandemic has yet to come. Infections may peak at around 95,000 by the end of next month before starting to ease, according to officials.

Jokowi ordered officials to review the tighter social distancing rules, which place no ban on domestic travel but prohibit gatherings of more than five people at social and religious events. Jakarta, the first city to adopt the partial lockdown on April 10, may extend the measures, Bloomberg reported.

Jokowi has rejected calls for the kinds of travel restrictions and regional quarantines imposed in other parts of the world, saying such harsh measures would hurt the poor. As domestic travel is still largely unrestricted, health experts have warned an annual ritual of millions of people going to their hometowns and village to celebrate Muslim festival of Eid al-Fitr may spread the virus.

The government will ensure adequate stockpiles of food with the nation’s majority Muslim population set to begin the fasting month of Ramadan this week, Jokowi said, asking officials to guarantee smooth transport and production of staples. The president also said the government would distribute food kits to 1.2 million families in Jakarta, extending the aid to other cities soon.