Hundreds of Countries Want Investigation into China and Coronavirus
Advertisement 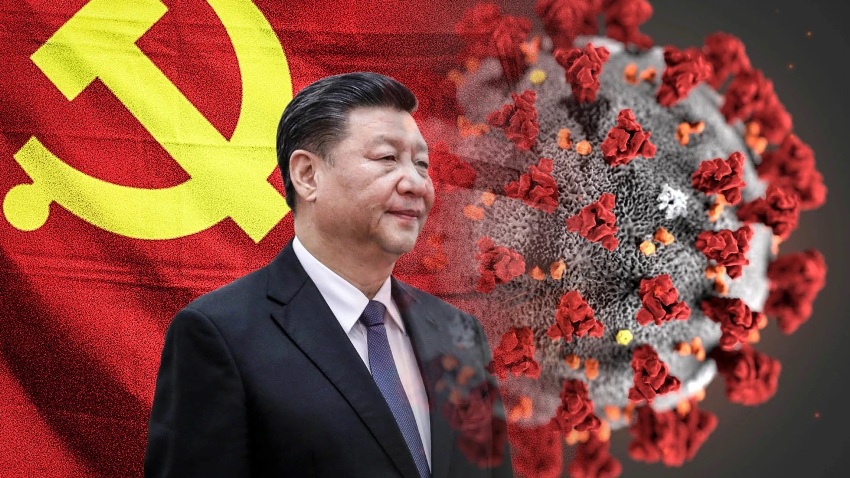 Russia has joined about 100 countries in backing a resolution at the upcoming World Health Assembly (WHA) calling for an independent inquiry into China, the WHO and the coronavirus pandemic.
The European Union-drafted resolution comes on the back of a push by Australia for an inquiry into China’s initial handling of the coronavirus crisis. That was met with an angry response from Beijing, which accused Canberra of a “highly irresponsible” move that could “disrupt international cooperation in fighting the pandemic and goes against people’s shared aspiration.”
While the resolution to be presented at the annual meeting of World Health Organization (WHO) members, which begins on Monday in Geneva, does not single out China or any other country, it calls for an “impartial, independent and comprehensive evaluation” of “the (WHO)-coordinated international health response to Covid-19.”
The wording of the resolution is weak compared to Australia’s previous calls for a probe into China’s role and responsibility in the origin of the pandemic. This may have been necessary to get a majority of WHO member states to sign on — particularly those, such as Russia, with traditionally strong ties to China.
But that doesn’t mean China’s government should rest easy. The potential for an independent probe, even one not initially tasked with investigating an individual country’s response, to turn up damning or embarrassing information is great.

China influenced with WHO over coronavirus

Australian government sources told the ABC, the country’s public broadcaster, that the resolution’s language was sufficiently strong to “ensure that a proper and thorough investigation took place.”
Beijing has previously said it would only support an investigation held by the WHO, which has been accused of being overly influenced by China — a charge top WHO officials refute. Speaking last week, China’s ambassador to the UK, Liu Xiaoming said: “We’re open, we are transparent, we have nothing to hide, we have nothing to fear. We welcome an international, independent review, but it has to be organized by the WHO.”
With more countries signing on to the EU resolution as the assembly nears, that may be out of China’s hands. There were also indications that Beijing may accept the resolution: Chinese state media reported Monday that Xi would deliver a speech at the opening ceremony of the WHA. An unlikely move if Beijing was preparing to push back against a key agenda item.

Evidence of coronavirus failures in China

Any highly critical report could have a potentially disastrous effect on China’s global standing, which has already taken a major knock as a result of the coronavirus crisis, with the United States in particular pushing a narrative that Beijing is to blame for the pandemic.
China has consistently pushed back against any criticism, pointing to a warning given to the WHO in late December about a potential new strain of pneumonia spreading in the city of Wuhan. While the WHO — and particularly
Director-General Tedros Adhanom Ghebreyesus — have praised China’s response, a probe into the organization’s initial handling will shine a spotlight on just what information China knew when, and how much was shared with the WHO.
Top officials, including Xi, have admitted to being aware that the infection was spreading even as the Wuhan government was still downplaying its severity and police were detaining whistleblowers. In an interview with CNN on Saturday, Dr. Zhong Nanshan, the Chinese government’s senior medical adviser and the public face of the country’s fight against Covid-19, said the local authorities “didn’t like to tell the truth at that time.”
He said: “At the very beginning they kept silent, and then I said probably we have (a larger) number of people being infected.”
Zhong added that he became suspicious when the number of officially reported cases in Wuhan remained at 41 for more than 10 days — despite infections emerging overseas. “I didn’t believe that result, so I (kept) asking and then, you have to give me the real number,” he said. “I suppose they are very reluctant to answer my question.”

The suggestion that knee-jerk censorship or a deliberate coverup by Beijing enabled the virus to spread, first within China and then throughout the world, has been repeatedly and angrily refuted by Chinese officials. But this has nevertheless hurt the country’s global standing, with foreign politicians — particularly in the US but also in parts of Europe and the rest of the world — referring to the “China virus” or blaming Beijing for the chaos they are now dealing with.
China has come in for plenty of international criticism over the years: on human rights, its aggressive posturing in the South China Sea, and issues of trade and intellectual property. But often that dissent has come from Beijing’s traditional rivals, such as the US — many smaller countries have held their tongues, perhaps to ensure economic ties with China are maintained.
However, the virus — and the corresponding global economic slump — has opened the door to a wave of criticism and push back not experienced by Beijing for years.
By James Griffiths
Related Topics:ccpchinachina coronavirus wuhanchina wuhan coronavirusCommunist Partycoronavirus china wuhanCoronavirus Covid-19coronavirus wuhan chinacoronavirus wuhan china symptomsHealth DepartmentWorld Health Organizationwuhan china coronaviruswuhan coronavirusWuhan viruswuhan virus update
Up Next