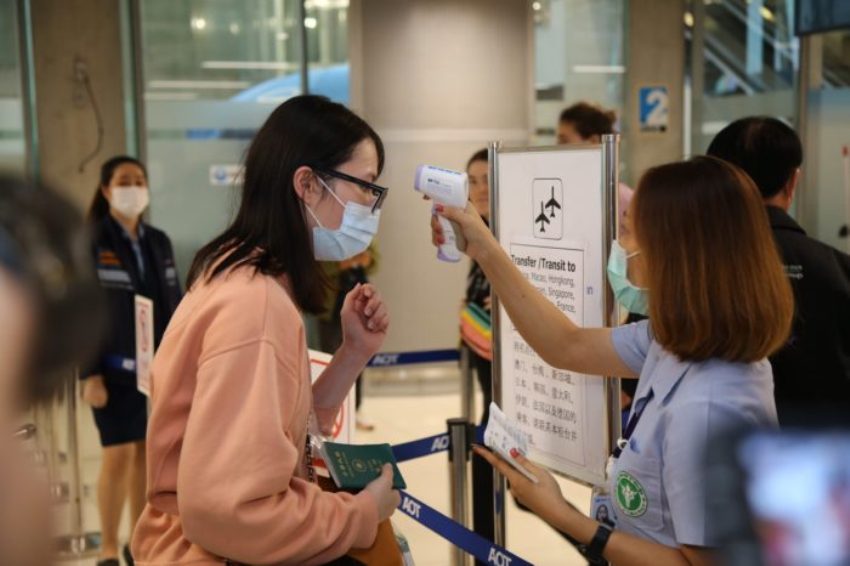 The number of confirmed new infections marks the second day of single-digit increases. However since testing has been limited, the actual number of infections may be much higher.

As the death toll rose to 54, Dr Taweesilp Visanuyothin, spokesman for health department said that the 53rd death was a Thai business man aged 52. Furthermore he had attended a seminar that included a previously infected participant.

On March 19 he developed a fever and body pain. Then on March 21, he sought treatment at a private hospital in Bangkok and tested positive for Covid-19. On March 24 the patient developed a fever of 38.2°C and also nausea. A second test confirmed his infection. On March 30, his condition worsened as his lungs ruptured and he was placed on a ventilator. He died on Monday of respiratory and renal failure.

The 54th death was a Thai woman aged 63 who ran a restaurant, worked as its cashier and had obesity. Her husband and a younger relative were also infected with the disease earlier.

Do not lower your guard over Coronavirus

She went to a clinic on March 24 after developing a fever and feeling dizzy. On April 1 she went to a hospital in Phuket province with a fever, shortness of breath and also fatigue. She tested positive for Covid-19.

Her condition later worsened and she was placed on a ventilator. She died on Monday of pneumonia and respiratory failure.

“Please take precautions and keep in mind that everyone has a chance of becoming infected,” Dr Taweesilp said.

Turning his attention to the number of new infections, Dr Taweesilp said it was the second consecutive day of single-digit increases. “Not so many countries in this world have seen such a low number,” he said. “But please keep your distance from one another and take care of yourself.

Do not lower your guard. The seven new cases today resulted from what you did 7-14 days ago.

What you do today will show its result in the next 7-14 days. Please be consistent.”