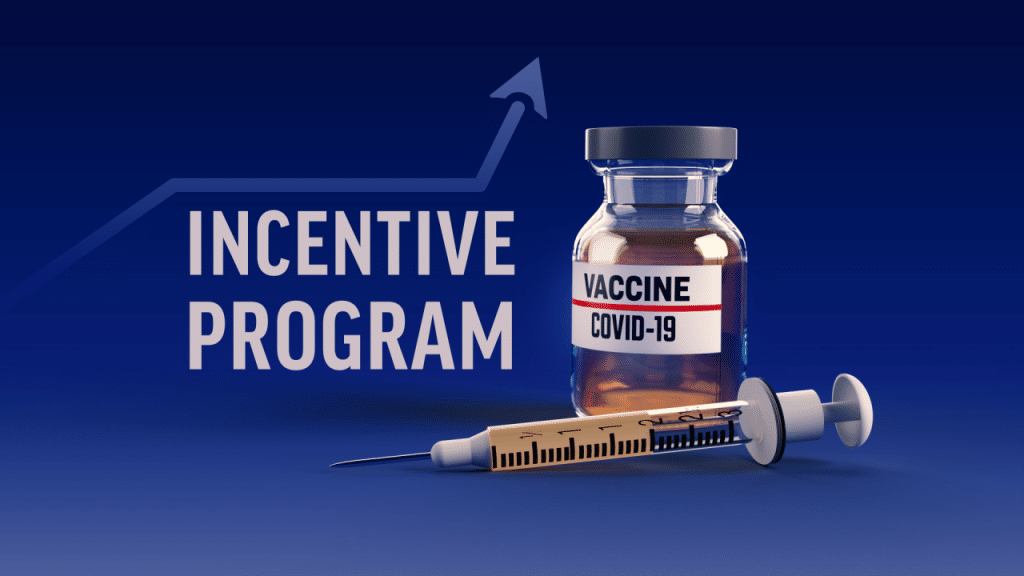 Since mass vaccination programs began rolling out worldwide, governments and private businesses have been offering incentives – including tax breaks, free airline tickets and even millions of dollars in lotteries – to entice vaccine skeptics to get vaccinated.

In some countries where covid-19 vaccines are available, offers of free airline tickets and apartments for the fully inoculated people are being given away.

It’s a gambit that probably can’t hurt – but it’s unlikely on its own to help communities reach herd immunity, which is when a high-enough percentage of the population achieves immunity from a disease, said Emily Largent, a professor of medical ethics and health policy at the University of Pennsylvania.

“I’m generally optimistic that we will see some increase, but it’s not going to get us to the high levels of vaccination” needed, Largent said. “Incentives are not going to move everyone who is holding out over the finish line.”

Freebies and financial incentives will probably work best for certain groups, such as young people who are interested in getting vaccinated but have not yet considered it a priority, Largent said. For populations “philosophically opposed” to getting vaccinated, however, financial incentives “could make them suspicious and reinforce concerns they have or introduce new ones,” she cautioned.

These programs also do not address “persistent information gaps” that have proved a barrier for inoculation among populations, particularly marginalized groups, that have questions about the science or where to get the doses, Largent said.

“Targeted education,” she said, is needed alongside creative initiatives. “We can’t let the fun things … distract us from doing all the other public health work that’s been going on.”

Efforts to increase vaccination rates in primarily high-income countries where shots are readily available are in sharp contrast to the lack of vaccine access faced by a majority of the world’s population.

In countries with better vaccine access, some sectors – including publicly funded ones – are employing creative means to lure the vaccine-hesitant while also gaining publicity for their products.

Property developers and philanthropic foundations in Hong Kong have teamed up to offer a one-bedroom apartment worth $1.4 million, as well as 20 cash prizes equal to $12,890, in a lottery open only to vaccinated residents. Registration opens June 15, the South China Morning Post reported, and the winner will be announced Sept. 8.

The Airport Authority said it will give away 60,000 airline tickets to city residents and airport employees who have been fully inoculated by the end of September. Hong Kong civil servants, as well as employees at private businesses such as HSBC bank, are being offered a day off work per vaccine dose taken.

Vaccine uptake in Hong Kong has been sluggish, with only about 15 percent fully vaccinated, according to the New York Times. Organizers of the real estate raffle said bookings were filling up in the hours after the lottery was announced, the South China Morning Post reported.

Still, mistrust of the government is high, complicating official efforts, while reports of adverse reactions to the vaccines have circulated widely in Hong Kong, where both the Pfizer-BioNTech and the Chinese-made Sinovac shots are available.

In Serbia, citizens who had received one or two doses by May 31 could get a one-time payment of about $30 – about 5 percent of the average monthly salary.

“We have considered how to reward people who have shown responsibility and decided to grant additional financial support to those who have been vaccinated,” President Aleksandar Vucic said in early May, Euronews reported.

Vucic said he would not make the vaccine mandatory but called it “irresponsible and selfish” not to get vaccinated, Euronews reported. Last month, he said public sector workers who were unvaccinated and caught the virus would no longer be eligible for sick days.

About a quarter of the Balkan country’s citizens are fully vaccinated, a number higher than the European Union’s average. Still, the government has struggled to keep up interest amid continued vaccine skepticism.

Last month, some top gyms in Dubai, the United Arab Emirates’ commercial hub, offered two weeks of free access to vaccine skeptics who get fully vaccinated. The UAE has some of the highest vaccination rates in the world, but, despite a plethora of doses, has faced waning interest among the still unvaccinated.

Israel initially offered vaccinated residents a “green pass” – state-issued documentation indicating they had been fully vaccinated. The pass holders could easily access restaurants, clubs, gyms, weddings and other venues, while those without had to take frequent coronavirus tests to gain entry.

Public adherence to the system, however, waned over time, and Israel scrapped the green pass this month, with few people in the highly vaccinated country wearing masks or taking other precautions against the virus.

In the Philippines, where vaccine skepticism was high even before the coronavirus outbreak, some communities are trying to get ahead of hesitancy by offering enticements to people before shots are available. The mayor of a small town in the Ilocos Sur province is planning to raffle off a plot of land with a house in December, when he expects vaccines to be available for his community, the Straits Times reported. Elsewhere in the country, malls serving as vaccination sites are offering free parking and banana fritters, according to the Straits Times.