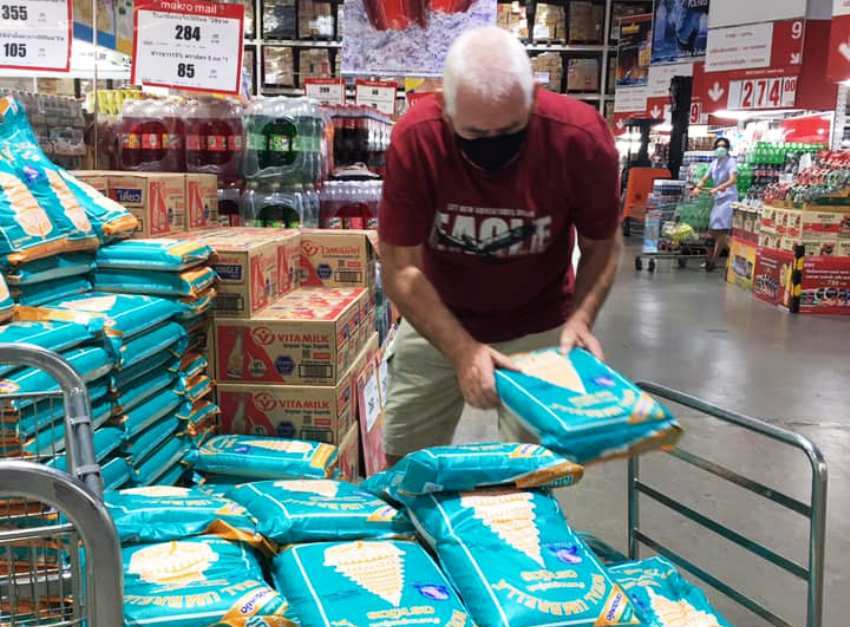 Netizens on social media were abuzz over the ‘Goodhearted Farang’ who was seen donating goods to help the needy in Chiang Mai.

A post share by Vatinee Noy went viral after showing photos of a white-haired foreign man unloading necessities such as rice, fish sauce, canned goods, from his truck. According to Vatinee Noy, 48, the now-famous gentleman was her husband. 72 year old David Noy from Australia, who has lived in Chiang Mai for seven years.

She explained to CityNews that her husband had asked many of his expat friends to join him in purchasing 100 bags of 5kg rice as well as other goods. He then set up tables to give the food and supplies away. She said that her husband David also donated goods to orphanages and old people’s homes.

She said that her husband felt so badly for the plight of the poor that he has committed to donate more once his next pension cheque comes. Next time he will attempt to distribute goods to outlying areas of the city.