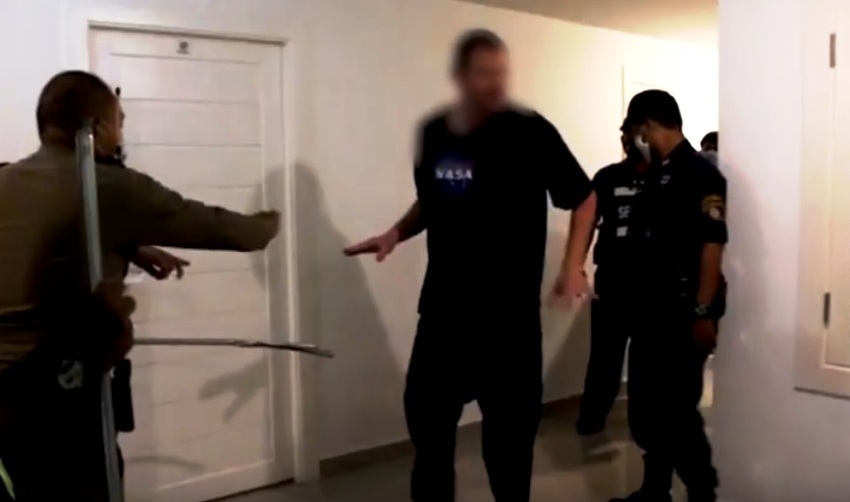 A former US Marine has been detained after have a PTSD meltdown, causing a public nuisance at a condominium in Pattaya, Thailand. Police were called to the eighth floor of the condo to find the former US Marine in a state of distress.

Police managed to detain him without any injuries. He was taken to the Pattaya City Police Station for further evaluation. Its reported that the former US Marine has severe PTSD.

According to Pattaya police the Marine has been arrested twice before for his sporadic behavior. Once in an incident in front of the US Embassy in Bangkok and the other time in Pattaya at the Avenue shopping mall.

The US Marine was detained after leaving a “suspicious parcel” in front of the US Embassy in Bangkok. The parcel turned out to be harmless but spurred bomb fears. Police and bomb disposal experts were sent to the U.S. Embassy.

McCamy had been injured by an explosion and later developed PTSD problems. According to his family he was on medication before travelling to Thailand.

Police confirmed the US Marine had spent time in recovery after the incident.

Former US Marine Detained by Police in Pattaya

Related Topics:americanpattayaPTSDthailandUS Marine
Up Next