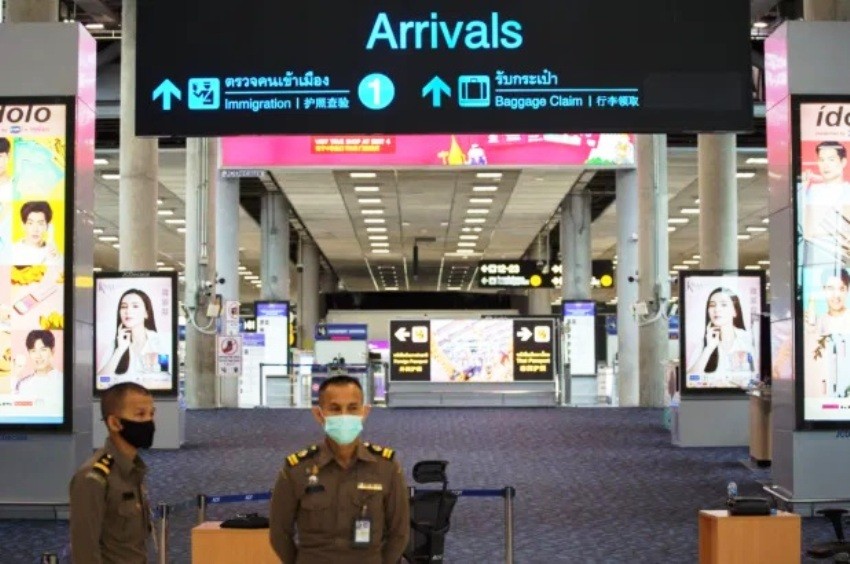 Thailand has temporarily suspended the travel bubble allowing the entry of foreign diplomats and special representatives over quarantine violations. After the Sudan and Egyptian Embassies failed to properly comply with travel bubble quarantine policies.

In the case involving the Sudan Embassy the young daughter of the Sudanese attache was found to be infected with Covid-19 after the family arrived from Sudan.

Upon arrival, the family was asymptomatic but samples were taken for Covid-19 tests. It was known later that morning that the girl was infected. Her father took her to a hospital in Bangkok. There a second test confirmed the first result.

The same day, her family moved into the Sudanese embassy on Soi Suan Phlu in Bangkok. The family had been staying on the 19th floor of the One X condominium building in Bangkok.

Dr. Taweesilp spokesman of the Centre for Covid-19 Situation Administration said, the Sudan Embassy should have placed to family in a state approved quarantine hotel.

Fifteen other people who used the condo elevator the family used have been deemed at low risk of infection. He also said the family and drivers would be tested on Wednesday, the Bangkok Post reported.

On July 8, an Egyptian military delegation arrived at U-Tapao airport in Rayong. They stayed for a few days at the Rayong hotel before returning back home.

Twenty seven of the 31 delegates broke self-quarantine rules implemented in the new foreign travel bubble scheme.  The Egyptian delegates visited a shopping mall in the area before they left Thailand on Saturday.

One of the soldiers was later found to be infected with the Covid-19 coronavirus. In response, the Centre for the Covid-19 Situation Administration (CCSA) petitioned the Egyptian embassy. Blaming the embassy for arranging hotel accommodation for members of the delegation instead of putting them in a state-approved quarantine hotel.

Due to these quarantine violations Dr Taweesilp said a suspension would remain in force while the CCSA plugged loopholes in its disease control measures.

Privileged visitors are people the prime minister and also emergency state supervisor invited to the country. Business reps under special arrangements plan on only short stays. Both categories have been allowed in since July 1.

In future arriving foreign diplomatic staff and their families will stay at “state approved quarantine” facilities that the government would arrange. Its too dangerous for them to stay at embassies, he said.